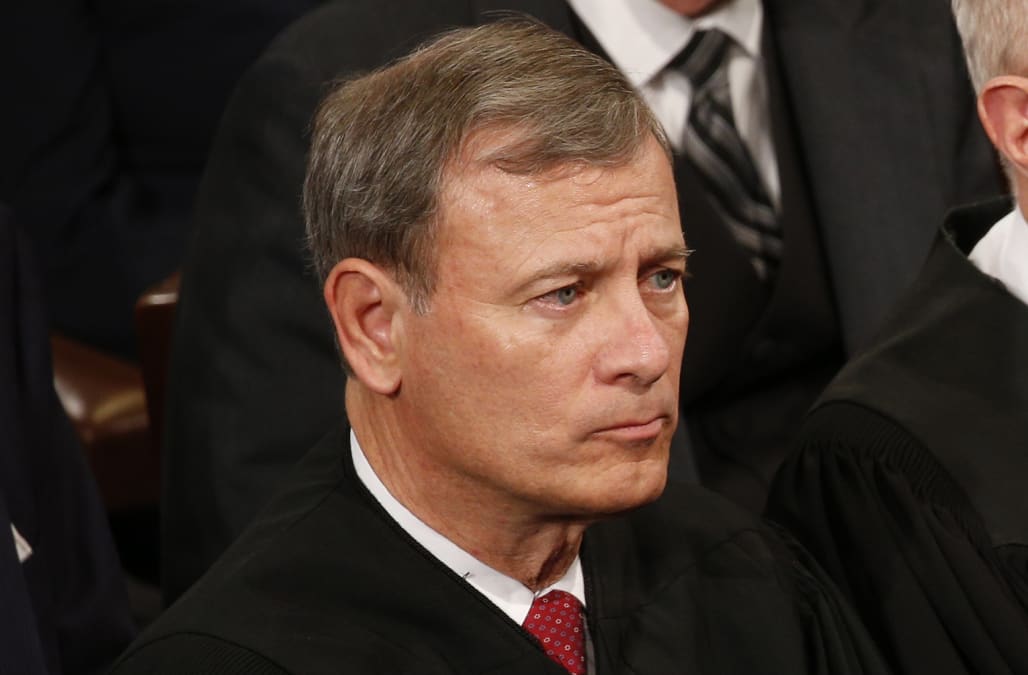 WASHINGTON, April 26 (Reuters) - U.S. Chief Justice John Roberts took issue on Wednesday with the Trump administration's stance in an immigration case, saying it could make it too easy for the government to strip people of citizenship for lying about minor infractions.

Roberts and other Supreme Court justices indicated support for a deported ethnic Serb immigrant named Divna Maslenjak over her bid to regain her U.S. citizenship after it was stripped because she falsely stated her husband had not served in the Bosnian Serb army in the 1990s after Yugoslavia's collapse.

Roberts seemed particularly concerned that the government was asserting it could revoke citizenship through criminal prosecution for trivial lies or omissions.

RELATED: A look at the current Supreme Court bench

He noted that in the past he has exceeded the speed limit while driving. If immigrants failed to disclose that on a citizenship application form asking them to list any instances of breaking the law, they could later lose their citizenship, the conservative chief justice said.

"Now you say that if I answer that question 'no,' 20 years after I was naturalized as a citizen, you can knock on my door and say, 'Guess what, you're not an American citizen after all?'" Roberts asked Justice Department lawyer Robert Parker.

There are around 20 million naturalized U.S. citizens, according to the Migration Policy Institute.

At a 2009 hearing to help her husband avoid deportation after he was convicted of making a false statement by concealing his military service, she admitted that when she had applied to be a refugee she had not revealed that from 1992 to 1997 the family lived in Bosnia and her husband served in the military. She was later convicted of lying on her citizenship application.

This was the last oral argument of the court's current term. A ruling is due by the end of June.