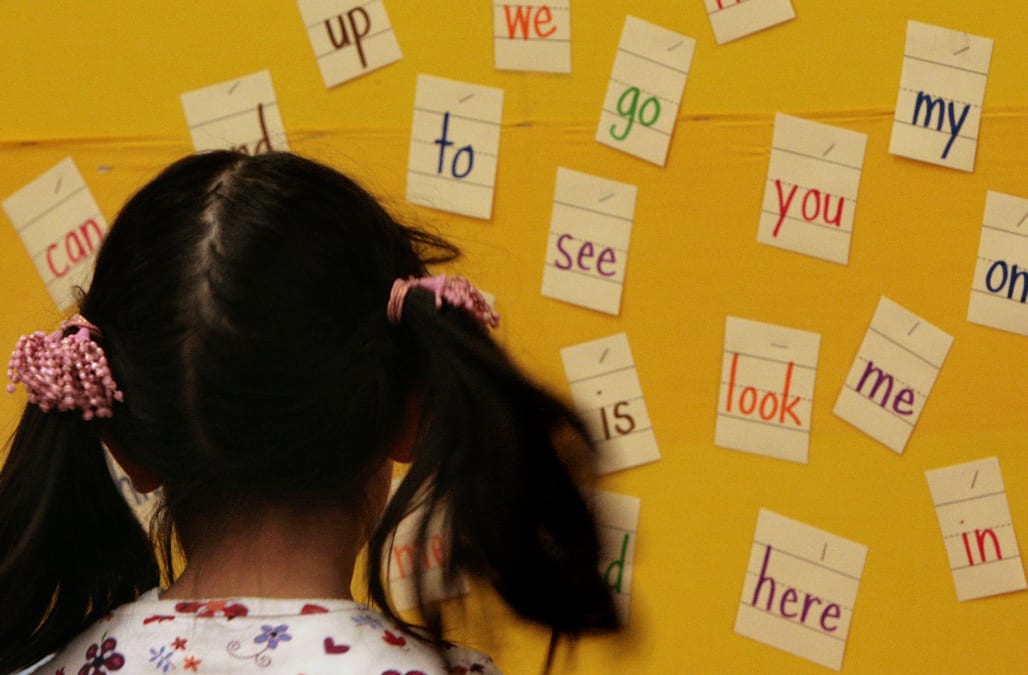 New York City Mayor Bill de Blasio is embarking on an ambitious early childhood education plan to make full-day preschool free for all 3-year-olds regardless of family income by 2021.

"This is going to be a game-changer," the Democratic mayor said while announcing the plan Monday at a school in the Bronx.

The plan, dubbed 3-K for All, is intended to build on the city's ongoing efforts to provide prekindergarten education to all 4-year-olds through an initiative known as Pre-K for All, which the city says has more than tripled the number of 4-year-olds enrolled in pre-K education since it launched in 2014.

"This extra year of education will provide our children with a level of academic and social development that they cannot get later on, while at the same time, alleviating some of the strain New York City's working families face today," de Blasio said.

The announcement puts the city among a small but growing number of jurisdictions that provide early education services for 3-year-olds. While a majority of states provide programs for 4-year-olds, only half do so for 3-year-olds.

​​​​​​"Research shows children benefit more from two years of high quality pre-K than one year," says Abbie Lieberman, an early education policy analyst for Washington think tank New America. "There's been so much attention to pre-K for 4-year-olds, but very few have expanded access to 3-year-olds."

The ultimate goal of enrolling the city's 3-year-olds will be realized over a number of years, according to the plan. Officials hope to begin the project later this year by offering the benefit to families in the South Bronx and the Brownsville neighborhood of Brooklyn.

By the fall of 2018, officials hope to have a seat readily available for every 3-year-old living in those two districts, projecting an enrollment of about 1,800 children there – triple the number enrolled today, according to the mayor's office.

By the fall of 2020, officials hope to expand the program to at least six additional school districts, with each offering rolled out over a two-year period. The entire effort is projected to cost the city $177 million by 2021, but de Blasio said additional state and federal funds, to the tune of $700 million, would be needed to provide universal access citywide.

Providing free, full-day early education to every 3-year-old child in the city will save families approximately $10,000 in child care, according to the mayor's office and the New York City Center for Economic Opportunity, which also reportedly estimates that 1 in 4 families who take advantage of the benefit are likely to work an average of four more hours per week, resulting in an estimated $2,400 in additional income per family.

"The benefits of early care and education programs have a clear and measurable impact on the health and wellness of children and communities as a whole," Herminia Palacio, the city's deputy mayor for health and human services, said in a statement. "By introducing 3K for All and strengthening programs in the birth-to-5 continuum, New York City is ensuring that all children, including those who are most vulnerable, get a critical boost that will positively impact their lives for years to come."

Notably, the mayor's announcement comes as the city's Pre-K for All program has faced scrunity over issues like quality and diversity.

Lieberman says the slower rollout for 3-K for All compared with the previous program may spare it from similar hiccups, and recommends the mayor's education team look at the early education offerings in the District of Columbia, which provides an estimated 70 percent of 3-year-olds with early education.

"I'm happy to see they are implementing it a little more slowly than Pre-K for All," she says. "This would allow for more thoughtful implementation. Scaling up too quickly can jeopardize quality, and that was a big concern for Pre-K for All."