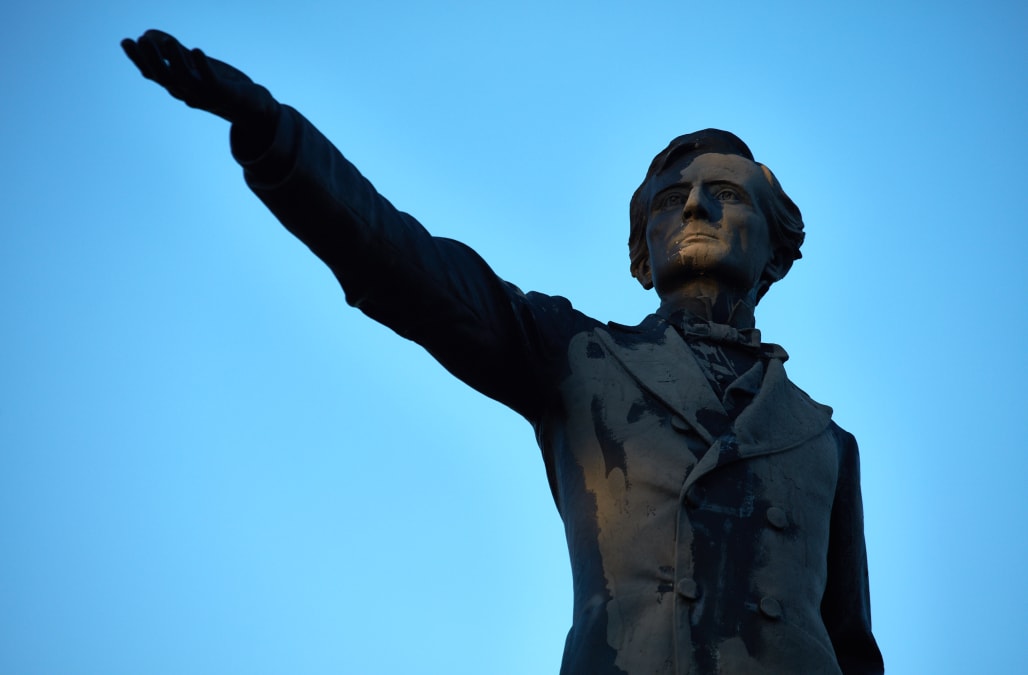 April 24 (Reuters) - New Orleans on Monday removed a statue commemorating a racially charged incident, the first of four monuments that will be relocated to send a message of what the city's mayor called "diversity, inclusion and tolerance." The statue, the "Battle of Liberty Place," will be moved to a museum or other facility, the city said. It commemorates an 1874 attack on the city's racially integrated police force and state militia by the white supremacist "Crescent City White League."

Also slated to be relocated from their current public locations around the city are statues of Confederacy President Jefferson Davis and Generals Robert E. Lee and P.G.T. Beauregard.

The statues have less relevance to New Orleans than to the Confederacy, having been put up decades after the Civil War as part of the "Cult of the Lost Cause" and to show that the South bore no sense of guilt for fighting a war in which its practice of slavery was a central issue, the city said. Lee never even set foot in New Orleans, it said.

"This is about showing the whole world that we as a city and as a people are able to acknowledge, understand, reconcile - and most importantly - choose a better future," Mayor Mitch Landrieu said in a statement.

"We can remember these divisive chapters in our history in a museum or other facility where they can be put in context – and that's where these statues belong," he added.

On March 8, U.S. District Court Judge Carl Barbier granted the city's motion for a summary judgment against a challenge that sought to block the removals, which the city council had approved. (Reporting by Peter Szekely in New York; Editing by Lisa Von Ahn)