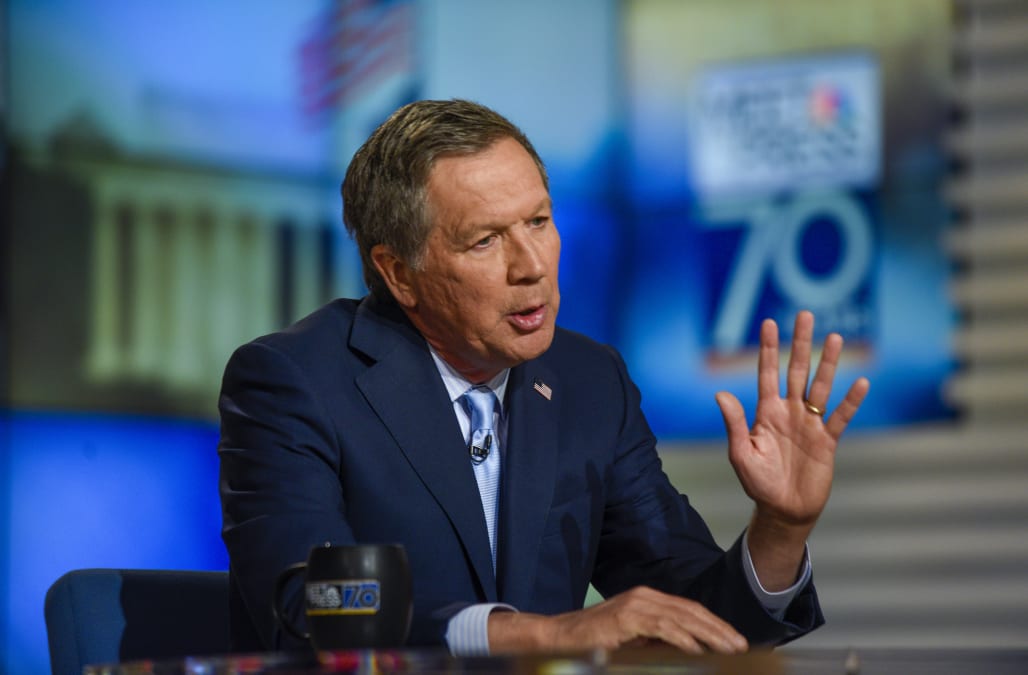 Ohio Gov. John Kasich, who hosted a Fox News program from 2001 through 2007, said he "wouldn't have stayed" at the network if he had witnessed a culture of sexual harassment.

Kasich, speaking to Business Insider Monday while promoting his new book, "Two Paths: America Divided or United," responded to the recent ouster of primetime host Bill O'Reilly. It came after the New York Times reported the network paid out more than $13 million in settlements to women who accused "The O'Reilly Factor" host of sexual harassment, and advertisers subsequently dropped the show en masse.

While working at Fox, Kasich occasionally served as a fill-in for O'Reilly on his program. Kasich filmed his show, "Heartland," from Columbus, Ohio.

"Well, look, I was there about seven years ago," he told Business Insider. "It was fine. If it wasn't fine, I wouldn't have stayed."

"There are changes going on, we'll see how it all works out," he continued. "I'm not in the management of Fox News. I think they're finding their way."

Kasich said he recently had a "private conversation" with James Murdoch, the CEO of 21st Century Fox and the younger son of Rupert Murdoch, the Australian-born media mogul who founded Fox News. Kasich, a one-time 2016 Republican presidential hopeful, did not expand upon his conversation with the younger Murdoch.

Watch part of Business Insider's interview with Kasich below: