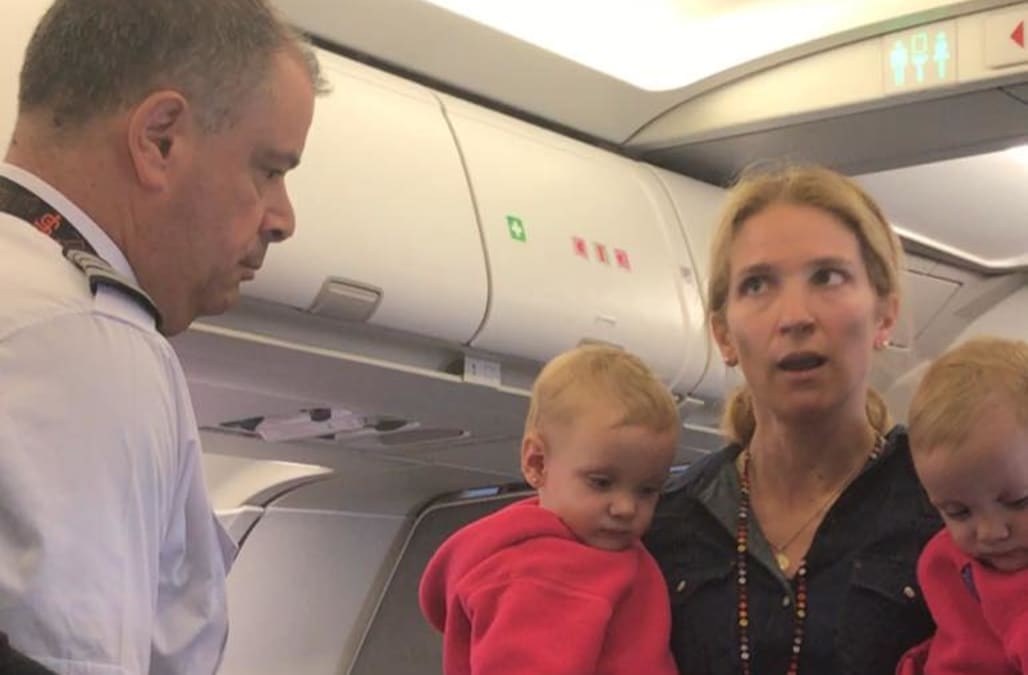 (Reuters) - American Airlines has suspended an employee after a video showed an altercation on one of its planes involving crew, several passengers and a crying woman carrying a young child.

An American Airlines employee violently took a stroller from the woman, hitting her with it and just missing her child, Facebook user Surain Adyanthaya said in a post accompanying the video he put on the site on Friday.

Less than two weeks ago, a 69-year-old doctor, David Dao, was hospitalized after Chicago aviation police dragged him from a United Airlines plane sparking international outrage and a public relations nightmare for the carrier.

American Airlines was investigating Friday's incident, which happened on Flight 591 from San Francisco to Dallas before the plane took off, Leslie Scott, an airline spokeswoman said.

The incident started over a dispute as to whether the woman could bring her stroller on the flight, Scott said.

Adyanthaya did not immediately respond to a request for comment.

In his video, the woman with the child can be heard asking flight attendants for the stroller. A male passenger then walks toward the front of the plane and demands from the airline crew the name of the employee who took the stroller before he returns to his seat.

Moments later, another American employee, who Scott said was a flight attendant, enters the plane and the male passenger confronts him.

"You do that to me and I'll knock you flat," the passenger can be heard saying to the flight attendant.

The two then confront each other in the aisle of the plane and the employee can be heard challenging the passenger to hit him. The passenger eventually returns to his seat and the flight attendant leaves the plane.

"We are deeply sorry for the pain we have caused this passenger and her family and to any other customers affected by the incident," the airline said in a statement late on Friday.

The woman and her family were being upgraded to first class for the remainder of their international trip, it said.

More from AOL.com:
Dad accused of trafficking his own daughter on United Airlines flight
United makes major change to ensure the nightmare of Flight 3411 can't happen again
It's not just United Airlines. Air Canada just bumped a 10-year-old (but not his mom and dad)