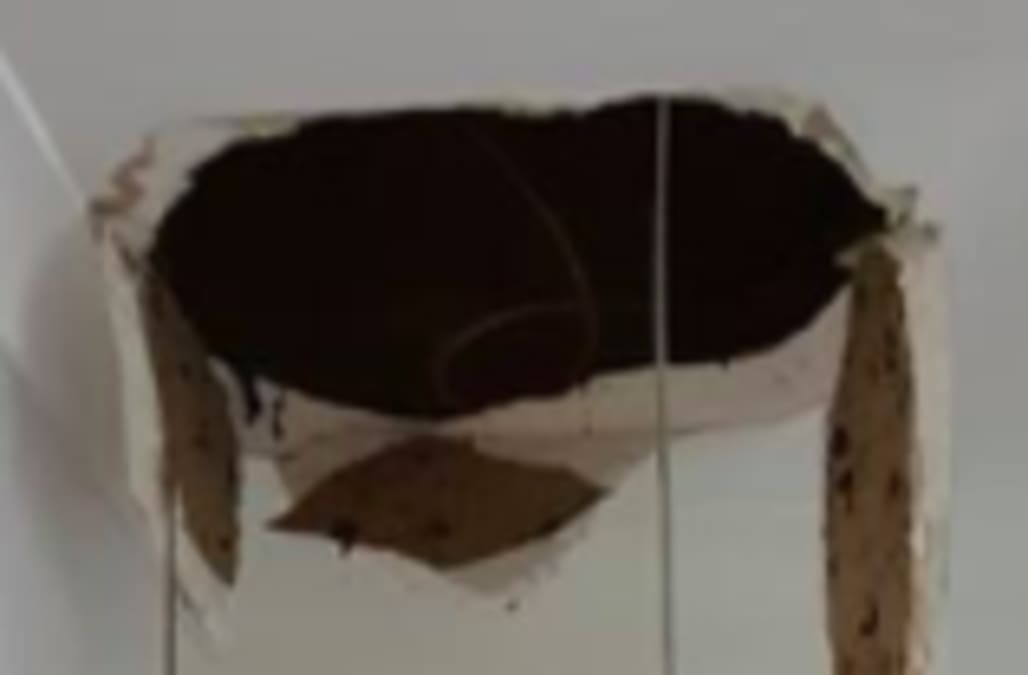 If you're afraid of snakes, you're apparently not even safe indoors now. They are literally falling from the sky.

Chantal Vaughan, the owner of Bokwa CQ gym in Rockhampton, Australia, found a massive hole in the ceiling of the roof of her business. 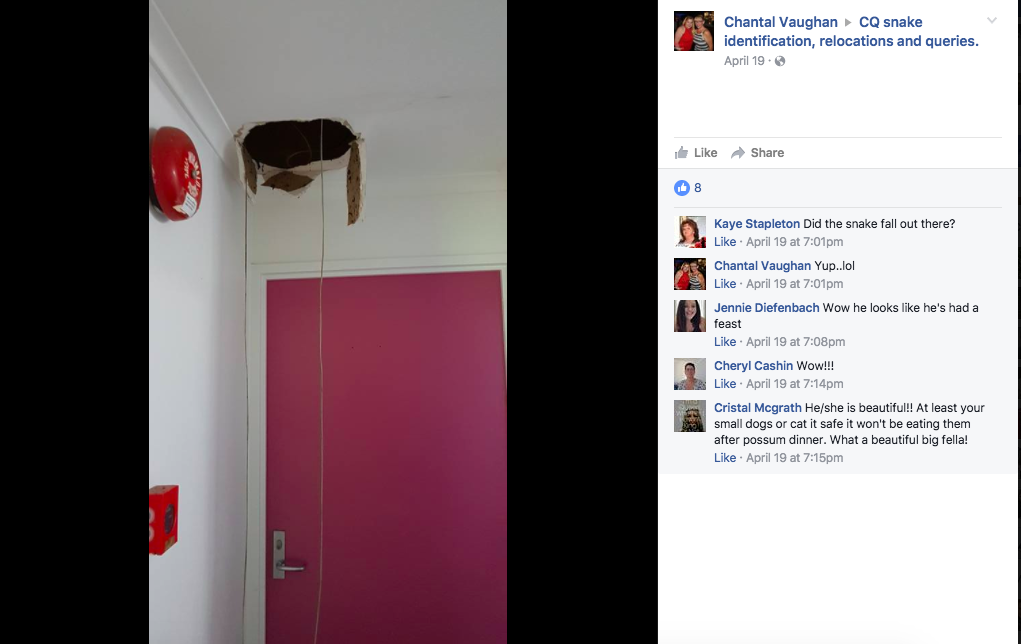 Vaughan told The Morning Bulletin she thought the culprit must have just been an opossum, so she continued to work as if no animal had just fallen through her ceiling. It was obviously a mistake.

"I didn't think too much of it and I thought, 'I hope it's not a snake,'" Vaughan told The Bulletin.

It was a snake.

On Thursday, Vaughan's cleaner texted her to tell her that she found a massive reptile inside the gym.

So, yes, Vaughan worked for two full days in a gym with a snake big enough to create a massive hole in the ceiling lurking around, and no one noticed.

She posted on Facebook about the snake, and a professional came to take care of it. The beast was safely relocated to a better environment.

"He was really well behaved actually because he was so full, you can clearly see that he had a possum in his belly," Vaughan explained.

So there was a opossum all along.