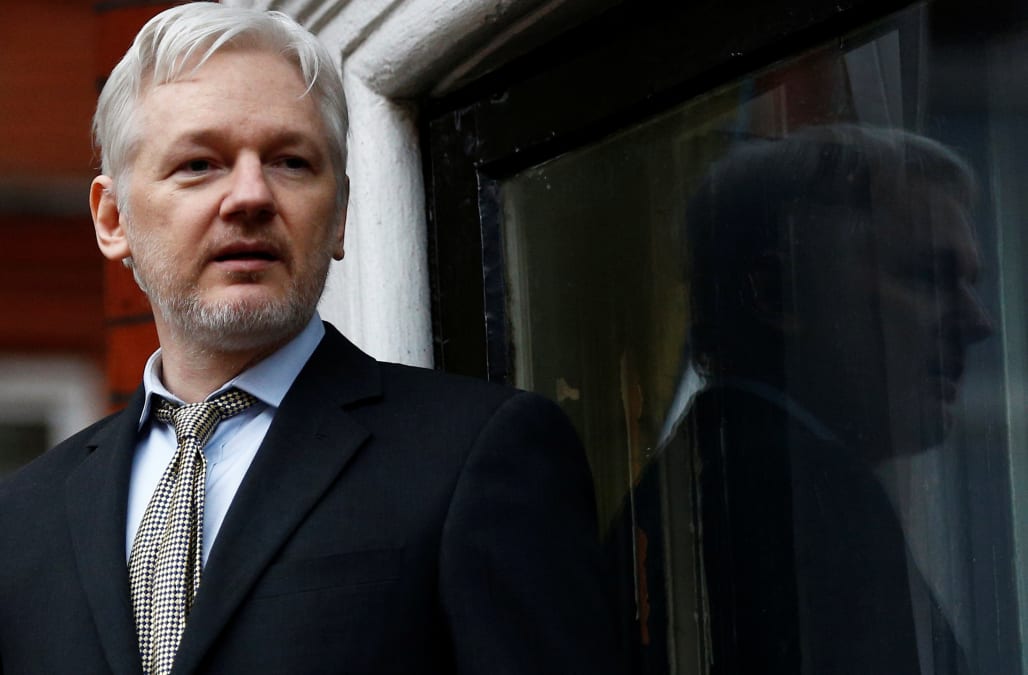 The Department of Justice is reportedly considering criminal charges against WikiLeaks and its founder Julian Assange for their roles in several leaks dating back to 2010, multiple news outlets reported on Thursday.

WikiLeaks was one of several publications that published sensitive military files obtained from a former US Army intelligence analyst several years ago — and more recently dumped thousands of documents that it said detailed the hacking tools and techniques used by the CIA for foreign espionage in what appeared to be the largest leak of CIA documents in history.

Potential charges against WikiLeaks include conspiracy, theft of government property, or violating the Espionage Act, according to The Washington Post and CNN.

Assange is currently living out of the Ecuadorian embassy in London — avoiding arrest on a separate warrant for a rape charge in Sweden. Much to the US's chagrin, president-elect Lenín Moreno, who was recently confirmed the winner of Ecuador's presidential election after a recount, supports Assange and had no plans for his extradition.

It was unclear whether an official memo on the matter, still in the early stages, was drafted to pursue charges for the organization's role in leaks that damaged the Democratic Party during the 2016 presidential election.

In 2010, WikiLeaks made available to the public thousands of classified cables and documents from the military and the State Department. However, during President Barack Obama's tenure, the Justice Department decided against charging WikiLeaks, reasoning that it would be too difficult and similar to prosecuting a news organization that published classified information, The Post reported.

Attorney General Jeff Sessions, who was appointed by President Donald Trump, said prosecutors were taking another look at the previous administration's findings.

"We are going to step up our effort and already are stepping up our efforts on all leaks," Sessions said in a news conference on Thursday.

"This is a matter that's gone beyond anything I'm aware of." Jeff Sessions, Attorney General

"We have professionals that have been in the security business of the United States for many years that are shocked by the number of leaks and some of them are quite serious," Sessions continued. "So yes, it is a priority. We've already begun to step up our efforts and whenever a case can be made, we will seek to put some people in jail."

In the more recent leak in March, top-secret files were published — allegedly by way of a CIA employee or contractor who operated a tool normally used by the spy agency to infiltrate various electronic devices, from smartphones to smart televisions and computers.

Thousands of top-secret files were leaked after the infiltrator used an "attack code" — which could be used to break into products from companies like Apple, Google, Samsung, and Microsoft — to "gain unauthorized access to computers and smartphones," especially if software updates meant to patch certain vulnerabilities weren't available. The breach has since been referred to as "Vault 7" by WikiLeaks.

CIA spokeswoman Heather Fritz Horniak delivered a stern rebuke against WikiLeaks for its part in Vault 7.

"The American public should be deeply troubled by any WikiLeaks disclosure designed to damage the intelligence community's ability to protect America against terrorists and other adversaries," Horniak said. "Such disclosures not only jeopardize US personnel and operations, but also equip our adversaries with tools and information to do us harm.

Representatives for WikiLeaks — who claim that the US Justice Department had not discussed the matters with them despite requests — remain steadfast in their belief that there is "no legitimate basis" for the Justice Department to treat their organization differently than other news outlets, The Post reported.

"The fact of the matter is — however frustrating it might be to whoever looks bad when information is published — WikiLeaks is a publisher, and they are publishing truthful information that is in the public's interest," said Barry J. Pollack, Assange's attorney. "Democracy thrives because there are independent journalists reporting on what it is that the government is doing."

NOW WATCH: These are the small, agile new aircraft carriers meant to take F-35s into battle

SEE ALSO: The CIA is hunting for an insider who gave top-secret files to WikiLeaks