Since 2013, the US has lost more lives to drug overdoses than WWI and WWII combined 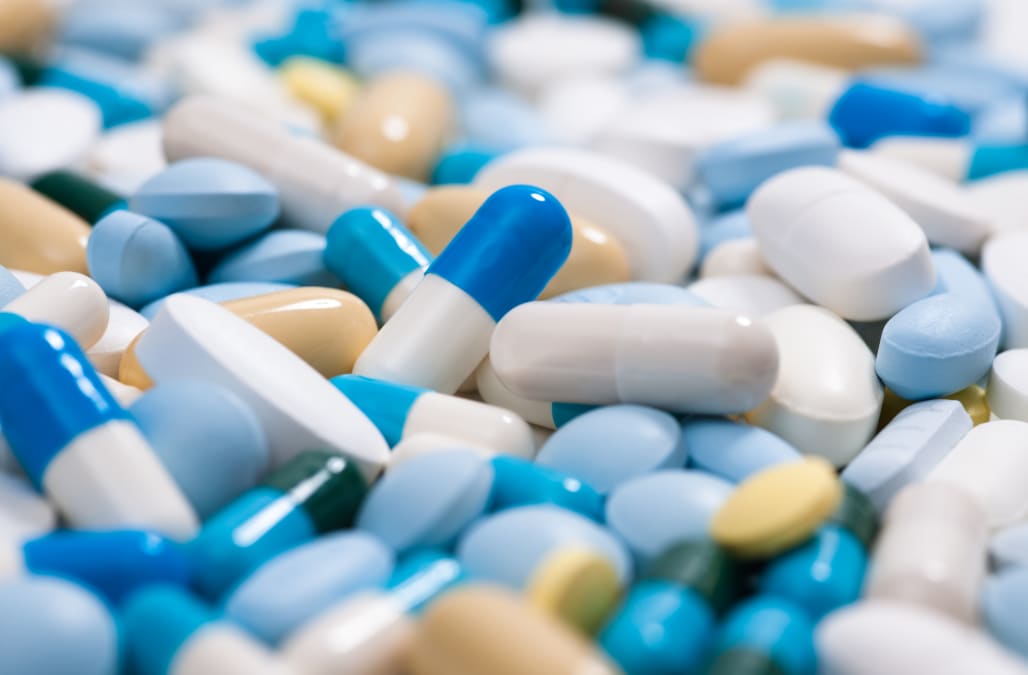 Drug overdoses claimed more lives in the U.S. than firearms for the first time ever this year, CBS reports.

It's evident that this epidemic has gotten out of control — in 2016 alone, 50,000 Americans died from overdoses, while 20.5 million were addicted to drugs.

Over the course of modern American history, more people who have died from drug use than during wars, motor vehicle accidents and disease.

Based on data from the Centers for Disease Control and Prevention's WONDER, DrugAbuse.com created a graph to demonstrate just how extreme those numbers are:

According to the CDC, opioids such as oxycodone and hydrocodone are to blame for this shift. In 2014, over 60 percent of drug overdose deaths — about 30,000 — were due to opioid abuse.

Use of these highly-addictive drugs can often lead to heroin abuse, since the latter is less expensive than prescription medication.

Between 1999 and 2002, total drug overdose deaths eclipsed the number of lives lost by the U.S. in the Vietnam War, which was a staggering 47,000. We now lose that many Americans to drug overdoses on a yearly basis.

Since 2013, the US has lost more lives to drug overdoses than in WWI and WWII combined. 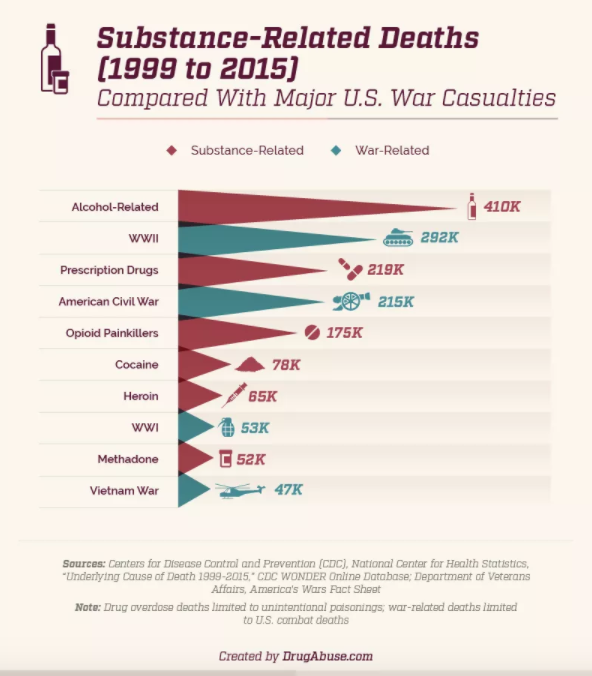 At this rate, drug overdose rates will surpass the number of casualties across major U.S. wars by 2021. That means that between 1999 and 2021, just 20 years, overdose deaths will exceed the number of battle casualties in over a 200-year span.

It's clear that the biggest battle has yet to be fought.