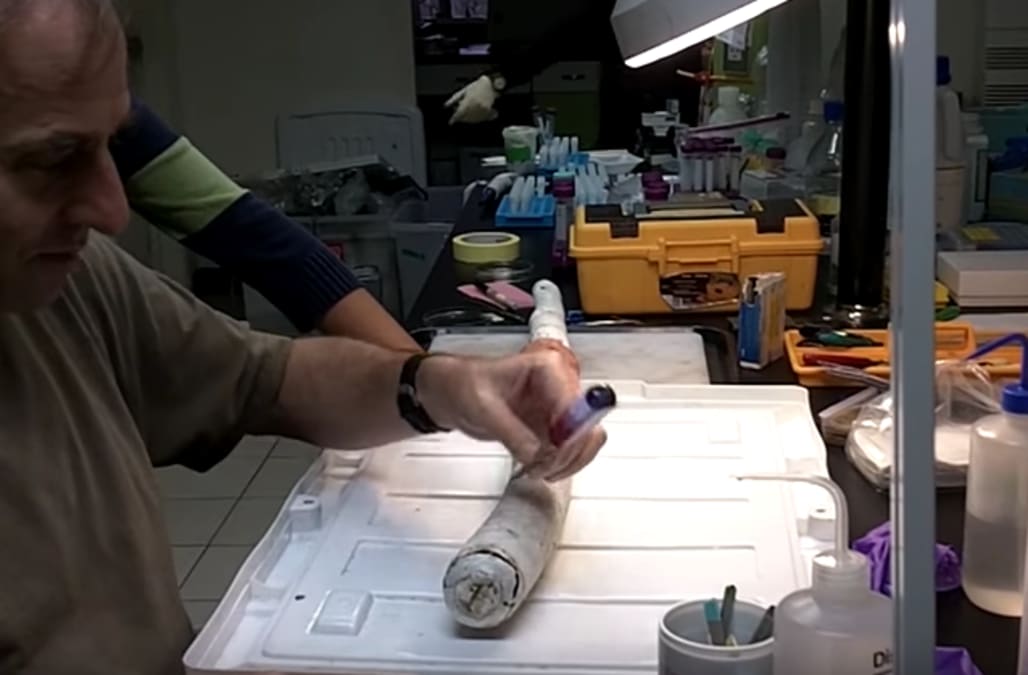 Brace yourself, because this is the stuff of nightmares.

Scientists are celebrating the discovery of a long, black, slimy creature that looks like it's straight out of a sci-fi film.

On Monday, researchers announced the giant shipworm is the first living specimen of its kind. They found it in the Philippine bay.

According to the Proceedings of the National Academy of Sciences, scientists knew about the creature for hundreds of years, but they have only found the baseball-sized shells that have been left behind or dead specimens.

"To me, [finding the giant shipworm] is almost like finding a dinosaur — something that was pretty much only known by fossils," Dan Distel, research professor at Northeastern University, told the Guardian.

The Proceedings of the National Academy of Sciences says the discovery is like finding the "unicorn" of mollusks.

Margo Haygood, a research professor in medicinal chemistry at the University of Utah College of Pharmacy, said they were led to the discovery by a 2011 Filipino documentary that showed local divers gathering the beasts and ... cooking them.

Haygood told Popular Science that the team found quite a few shipworms and sent five to a lab, where they opened their shells.

She added that the slippery creatures can be up to 3 feet long.

Watch the video at your own risk: