How did Trump spend Easter? 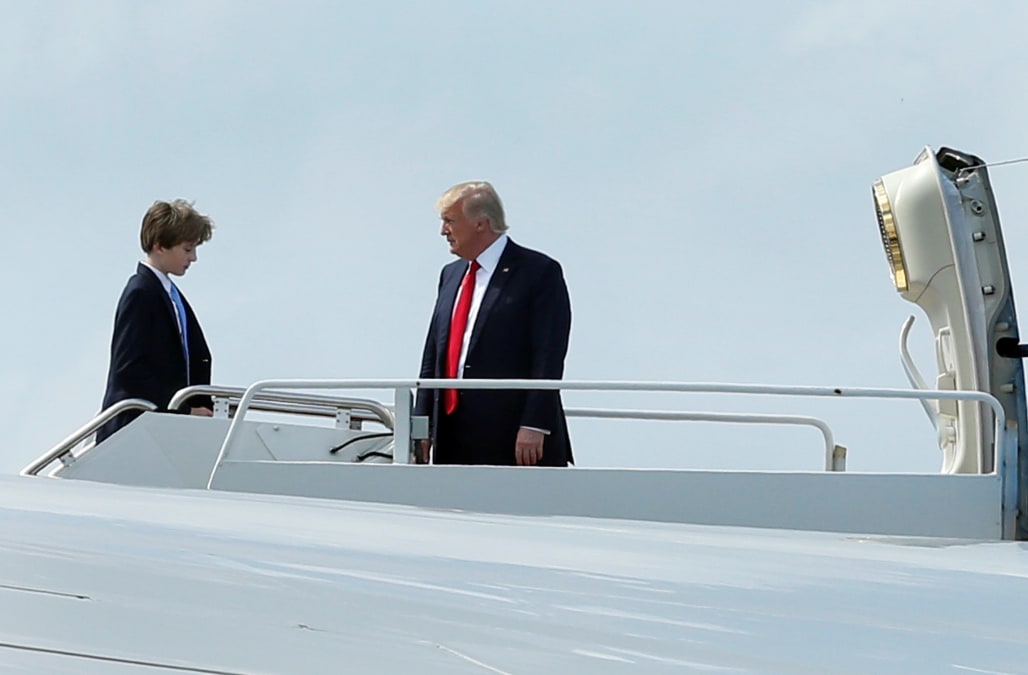 Trump left Mar-a-Lago country to attend mass at Bethesda-by-the-Sea, a church in Palm Beach, reportedly the same one where he and his wife Melania got married.

The president was said to be joined by all of his children except his daughter, Ivanka Trump. She and her husband, Jared Kushner, were reportedly in Canada celebrating Passover.

President Obama visited several churches during his time in office. After he was first elected, he went to a church near the White House on Easter Sunday.

According to Politico, this is likely the first time Trump has gone to church since he was elected.

2017 Easter celebrations around the world
Pope Francis waves at the end of his "Urbi et Orbi" (to the city and the world) message from the balcony overlooking St. Peter's Square at the Vatican April 16, 2017.
Girls curtsey as Britain's Queen Elizabeth and prince Philip leave the Easter Sunday service in Windsor Castle, in Windsor, April 16, 2017.
Britain's Prince William and Catherine, the Duchess of Cambridge, arrive at the Easter Sunday service in Windsor Castle, in Windsor, Britain, April 16, 2017.
U.S. President Donald Trump and his son Barron board Air Force One at Palm Beach International Airport in West Palm Beach, Florida, U.S. after Easter weekend, April 16, 2017.
Members of the clergy gather outside The Episcopal Church of Bethesda-by-the-Sea in Palm Beach, Florida, as President Donald Trump and First Lady Melania Trump attend Easter Sunday service, April 16, 2017.
Christian worshippers light candles during a Sunday Easter mass procession in the Church of the Holy Sepulchre in Jerusalem's Old City April 16, 2017.
An Ethiopian Orthodox priest blesses the faithful during easter eve prayers at the Medhane Alem church in Addis Ababa, Ethiopia, April 15, 2017. Picture taken April 15, 2017.
Sorbian men dressed in black tailcoats ride decorated horses during an Easter rider procession near Crostwitz, Germany April 16, 2017.
A dog sits in a carriage during the annual Easter Parade and Bonnet Festival along 5th avenue in New York, U.S. April 16, 2017.
People carry a statue as they participate in an Easter Sunday procession through the streets of Tegucigalpa, Honduras April 16, 2017.
Lebanese Christian priests distribute painted eggs to celebrate Greek Orthodox Easter after an Easter service at St. George church in central Beirut, Lebanon April 16, 2017.
A priest blesses Ukrainian servicemen to mark Orthodox Easter at their position on the front line in Luhansk region, Ukraine, April 16, 2017.
Chileans take part in a symbolic burning of an effigy representing US president Donald Trump as part of Holy Week celebrations in a neighborhood of Vina del Mar, Chile April 16, 2017.
A priest leads the Easter Mass in Mar Gewargis (St George) Chaldean Catholic church, which was damaged by Islamic State militants, in the town of Tel Esqof, Iraq, April 16, 2017.
Christian worshippers surround the Edicule as they take part in a Sunday Easter mass procession in the Church of the Holy Sepulchre in Jerusalem's Old City April 16, 2017.
Nuns attend the Easter mass led by Pope Francis in Saint Peter's Square at the Vatican April 16, 2017.
Catholics take part in the Procession of Lights, as part of the Holy Week celebration in Nahuizalco, El Salvador April 15, 2017.
Up Next