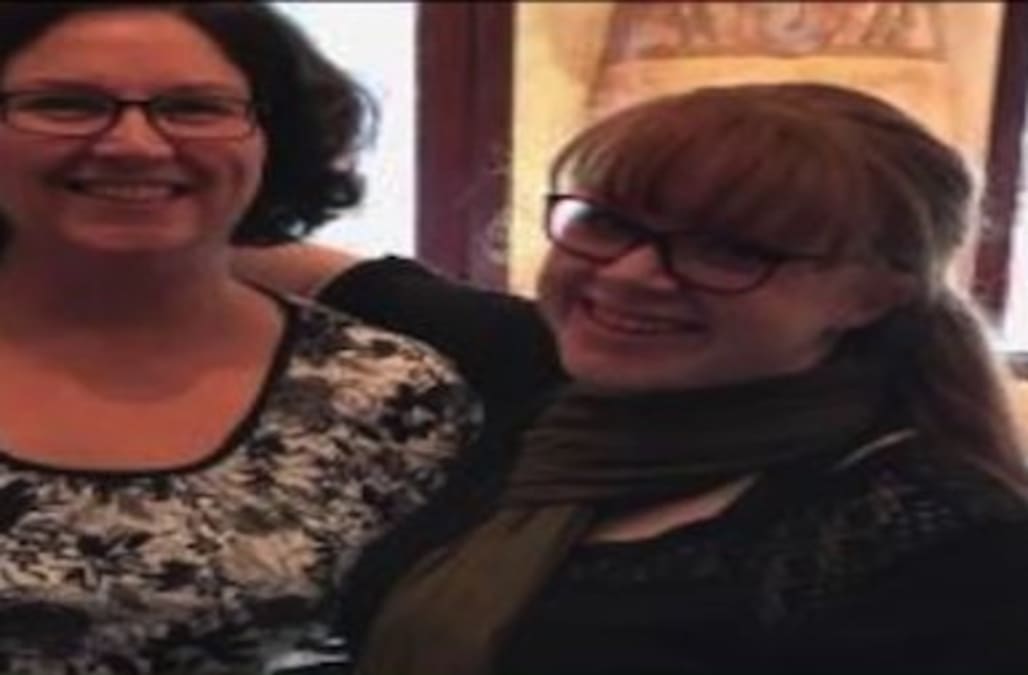 KANSAS CITY, Mo. (WDAF) -- A romantic first date on the Country Club Plaza turned scary when the woman's date nearly dropped dead. But her quick thinking, and the help of a waitress, eventually saved the man's life.

Janie Hall, who lives in Joplin, met her date online and traveled 2.5 hours to Kansas City to meet him for a lunch date at the Cheesecake Factory last week.

"Oh we had a great conversation!" Hall said. "Just, he's full of life! He had so much to say and so many great things to offer!"

Hall said the date was going great, so the two lingered long after they had eaten, when...

"He coughed three times, stood up, and just fell face first into the floor," she recalled. "His entire body was stiff."

Hall was in shock, barely believing her eyes in that moment.

"It was like a light switch," she said. "He`s talking and then he`s on the floor, lifeless. I am still really emotional about it because you just don't imagine this happening to somebody that you're just sitting there talking with, that appears to be the perfect sign of health."

Hall, who is a healthcare professor and former respiratory therapist, acted quickly. She kneeled to the ground by her date's side, when suddenly waitress Becca Bartholomew jumped in to help.

"She helped me roll him over," Hall said. "We determined together that he didn`t have a heart rate."

When it was clear the man had stopped breathing, the two women, who are both certified in CPR, began doing chest compressions in an effort to revive his pulse.

"It`s just that sudden instinct, how can I help?" Hall said. "That`s probably the maternal instinct, probably the healthcare worker in me, you know, you want to help people just as quick as possible."

Their efforts worked and the man's pulse returned just as paramedics arrived to take him to St. Luke's.

The duo saved his life in a moment Hall can only describe as fate.

Both women were in the right place, at the right time.

"In the grand scheme, it`s just staying mentally and physically prepared for the unexpected," Hall said.

Hall said her date is recovering and has asked her on a second date.

"I talked to Becca shortly after I was at the hospital and she said she would like to go to lunch with us," Hall said, "and of course, the daughters, they would like to join us! So it will be a group date! Haha!"

Hall hopes people use her story as inspiration to get CPR certified. For more information on how you can receive training, click here.

RELATED: Photos of Hall and the scene where she saved her date's life