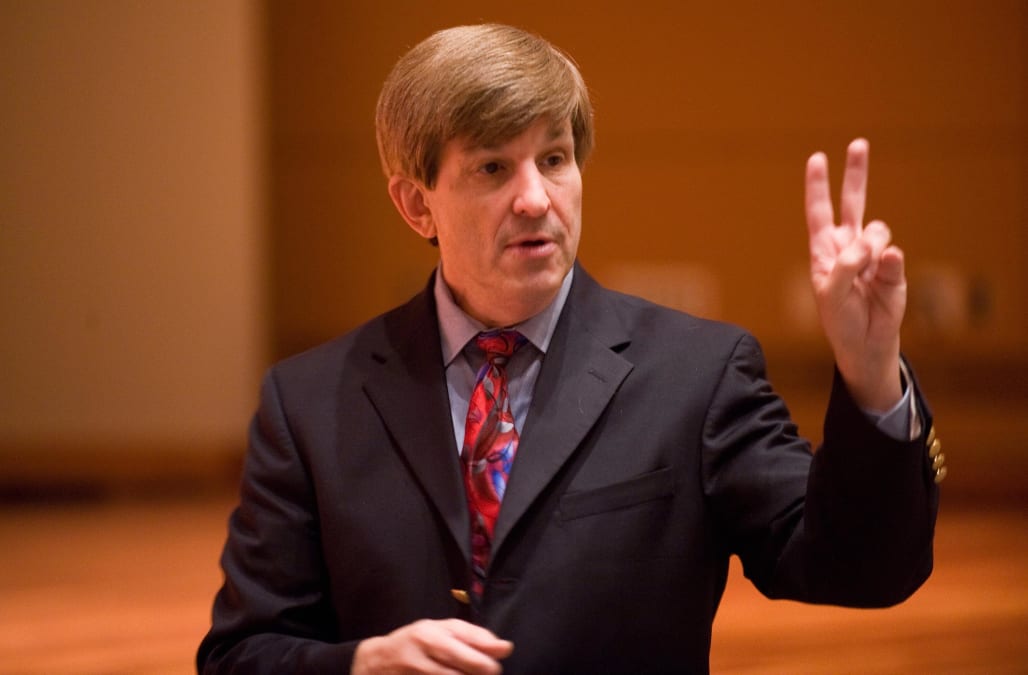 The 2016 election was one that threw political prediction models out the window. Almost every professional pollster said President Donald Trump would end up losing by historic margins -- but there was one professor at American University who boldly predicted Trump's historic victory.

Through the use of a series of true or false questions, Allan Lichtman has been able to correctly predict every presidential election since 1984. And now, he is predicting Trump will face impeachment.

(Photo by Corbis via Getty Images)

In his upcoming book, The Case for Impeachment, Lichtman's says Trump could get impeached because of his alleged ties to Russia and possible conflicts of interest with his businesses. Lichtman even forecasted Trump's impeachment before Election Day.

The professor is now saying he hopes people pay as much attention to his second prediction as his first, according to an advanced copy of his book he shared with POLITICO.

"Taking time out of preparing to become the world's most powerful leader, he wrote me a personal note, saying 'Professor — Congrats — good call,'" Lichtman writes. "What Trump overlooked, however, was my 'next big prediction': that, after winning the presidency, he would be impeached."

Lichtman, a staunch Trump critic, uses past presidential impeachments to back his theory, saying the president's "disregard for lying in sworn testimony, examined in the context of the Bill Clinton precedent, shows how Trump's opponents could set an impeachment trap for him through a civil lawsuit."

"Justice will be realized in today's America not through revolution, but by the Constitution's peaceful remedy of impeachment, but only if the people demand it," Lichtman concludes in his book.

The publication is set to hit shelves on April 18th.