A cat halted the Marlins game by running onto the field, leading to a priceless bit of play-by-play announcing 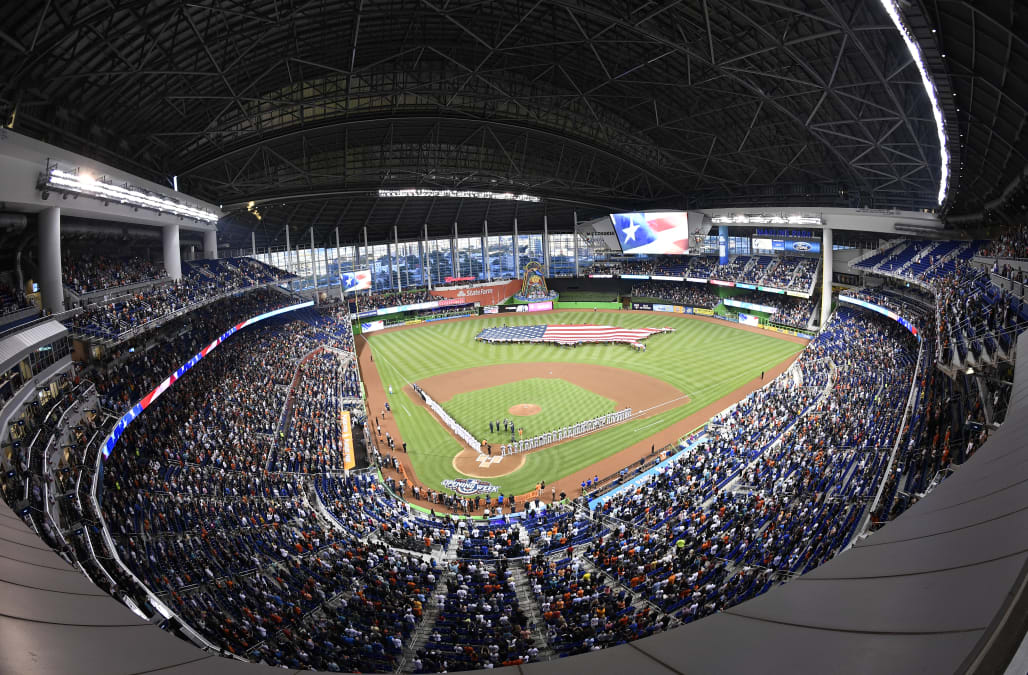 The Miami Marlins' 8-4 win over the Atlanta Braves on Tuesday was temporarily delayed because of a loose cat.

During the sixth inning, a gray cat ran onto the field and was crawling along the centerfield wall, causing a delay.

As Giancarlo Stanton and a groundskeeper attempted to approach the cat, it fled, running along the wall before climbing a chain link fence.

While the spectacle was cute and amusing enough, the announcers' play-by-play of the incident was just as great.

"The only thing that can stop the Marlins right now is a cat in centerfield, desperately looking for a way out of here," one announcer said. As Stanton and the groundskeeper approached the cat, both announcers warned, "Easy there, G," then "Don't pick that up!" as the groundskeeper reached down. As the cat ran along the wall and toward a sign, it climbed a chain link fence into the Marlins' home-run sculpture, which activates when the Marlins hit a home run. The announcers were baffled by the cat's athleticism.

"The cat is going to have to take a lap. There's no way out over there, right?" one wondered as the cat ran.

"What?!" one said as the cat climbed.

"Look at this cat! Terrific stuff from the cat! ... He has scaled the home-run sculpture!" Eventually, the cat disappeared out of view, and the Marlins announced they would deactivate the sculpture out of safety for the cat. Later on, Marlins Park announced that the cat had again evaded capture and left the park. But the legend of Rally Cat, as everyone named it, lived on.

Watch the video below:

A cat intrusion on #NationalPetDay? How purrr-fect. 🐱

NOW WATCH: Pro golfers are hitting the ball farther than ever before