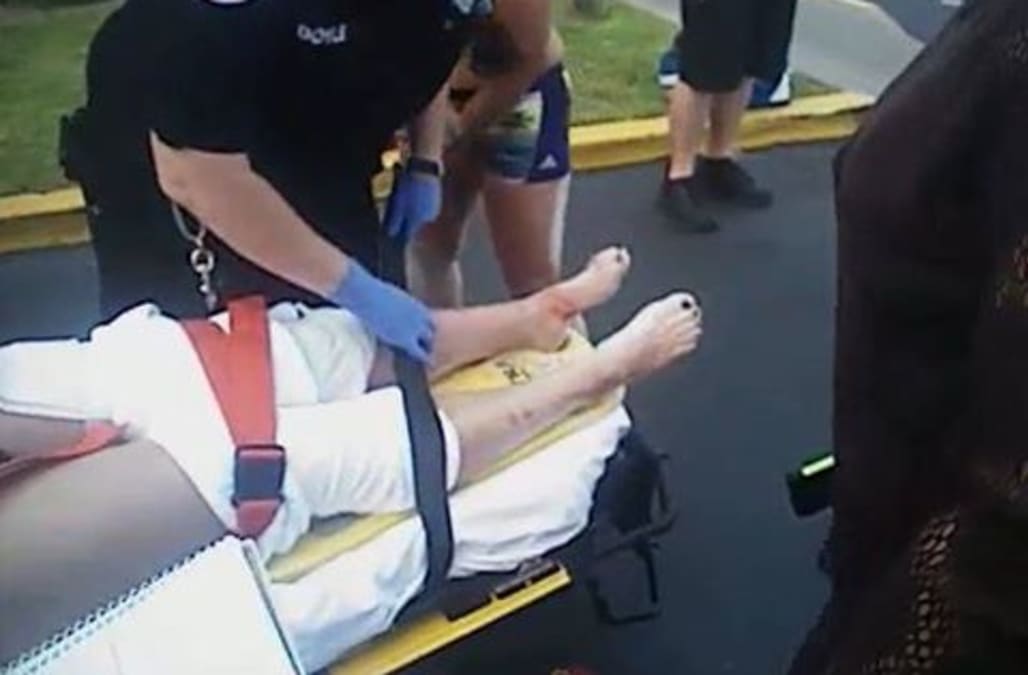 A quick-thinking Kentucky teenager survived a violent shark attack in Florida waters after punching the big fish in the face, authorities said.

Caitlyn Taylor, 17, was visiting the Sunshine State when she was bitten by the animal while taking a dip in the Gulf of Mexico.

Police say the animal sank its teeth in Taylor's right leg and started yanking on her while she was just waist deep in the water. But the animal reportedly let go of her immediately after she began to punch it in the face several times.

RELATED: States with the most shark attacks historically

"She punched it several times in the face and mouth area with both hands," Michele Nicholson, a spokeswoman for the Okaloosa County Sheriff's Office, told TIME Tuesday. "You do whatever you can to drive it away."

Nicholson said Taylor is now recovering after receiving more than 80 stitches in her right leg.

Though police say the type of shark remains unknown, witnesses estimated the animal was around 5 feet long.

SEE ALSO: How to survive a shark attack

After the encounter, Taylor tweeted from her now-private account that she was "beyond lucky to be alive" and photos of her injuries.

Taylor, a student-athlete who was in Florida for a softball tournament, was also reported to have sustained wounds to her other leg and hands from the attack.

TIME reports, she has since confirmed earlier this week that she is "going to be okay" via Twitter.