Sean Spicer on Syria: 'Hitler didn't even sink to the level of using chemical weapons' 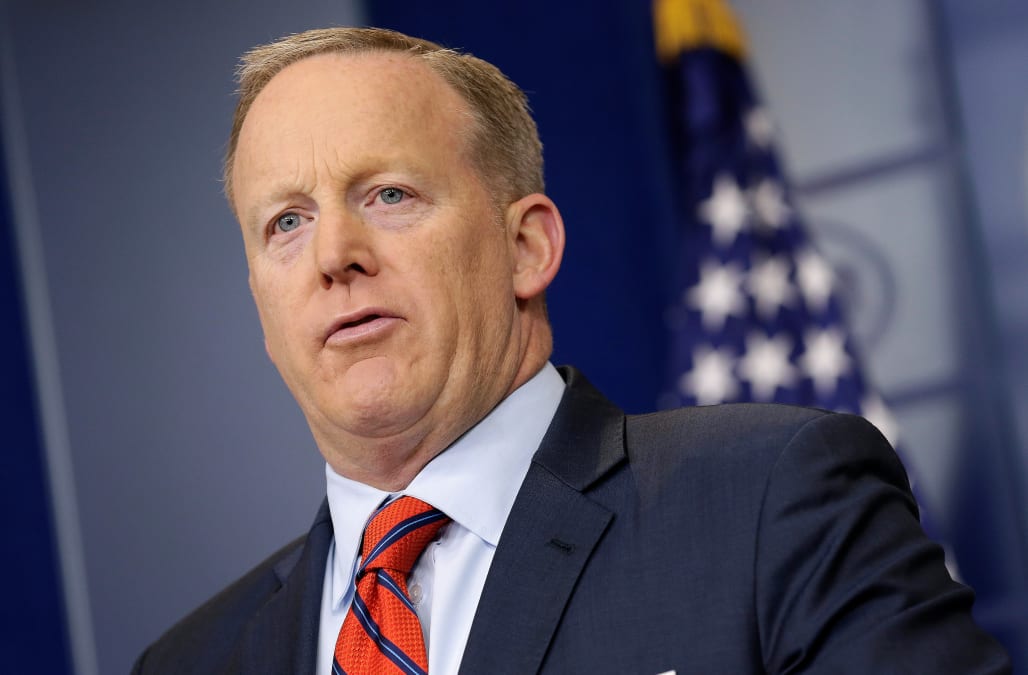 White House press secretary Sean Spicer incorrectly stated on Monday that even Adolf Hitler "didn't sink to using chemical weapons," during an attempt to amplify how abhorrent the Syrian government's use of Sarin gas was.

"We didn't use chemical weapons in World War II," Spicer said in an attempt to defend the president's airstrikes response. "You had someone as despicable as Hitler, who didn't even sink to using chemical weapons."

It is widely documented that the Nazi leader used chemical gas to kill millions of Jewish Europeans.

Former first daughter Chelsea Clinton was quick to chime in after Spicer's comment, saying that she hopes he "takes time to visit @HolocaustMuseum. It's a few blocks away."

I hope @PressSec takes time to visit @HolocaustMuseum. It's a few blocks away. https://t.co/24fNoMUyS8