Rep. Tulsi Gabbard faces backlash from fellow Democrats after her comments on Syria 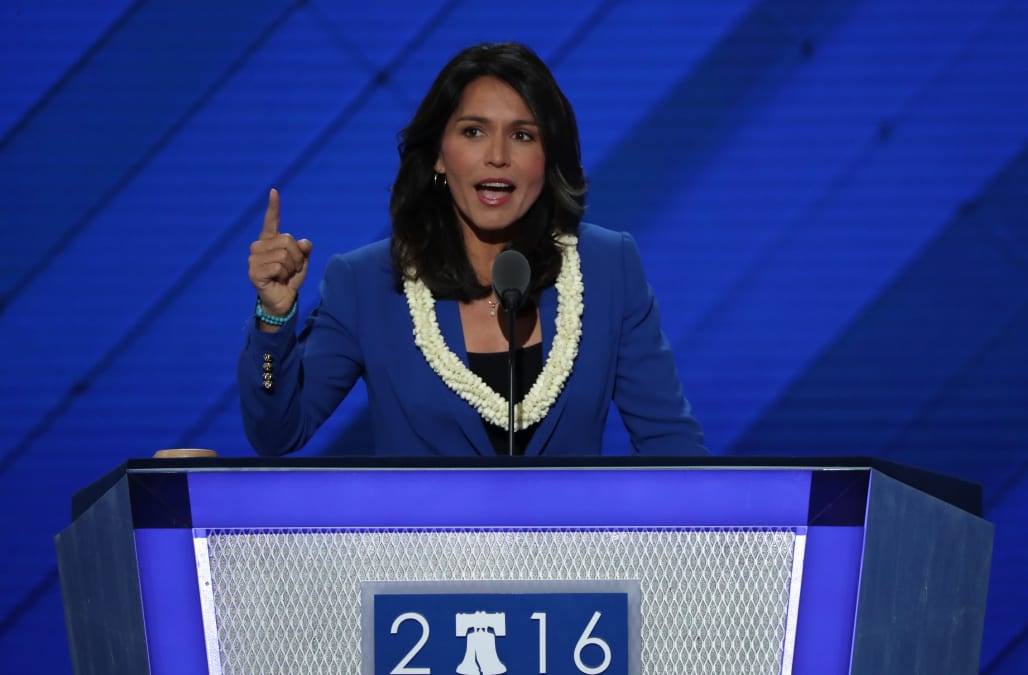 By Nick Cardona for Veuer

One Democratic congresswoman is facing some high profile criticism from the left. She upset her fellow party members with her comments about the Syrian chemical attack.

Hawaii Representative Tulsi Gabbard went on CNN Friday and said she's not sure Syrian President Bashar Al-Assad was behind the attack. The Iraq War veteran said, "I'm skeptical because we have to take at a premium the cost of these wars not only on the Syrian people and the people in the middle east but the cost of these wars here in the United States."

Former Chairman of the Democratic National Committee Howard Dean reacted to the comments on twitter saying, "This is a disgrace. Gabbard should not be in Congress."

This is a disgrace. Gabbard should not be in Congress. https://t.co/yDTh43GZam

And, the head of the Center for American Progress even called on Gabbard's constituents to vote her out of office, tweeting, "People of Hawaii's 2nd District - was it not enough for you that your rep met with a murderous dictator? Will this move you?"

Gabbard went to Syria earlier this year alone to meet with Assad without telling House Speaker Paul Ryan. That move that didn't sit well with her colleagues in the House.

Those who've declared Trump a habitual liar now vilify those refusing to blindly follow him into another regime change war. Hypocrisy.