Man dragged off United Airlines flight because plane was overbooked 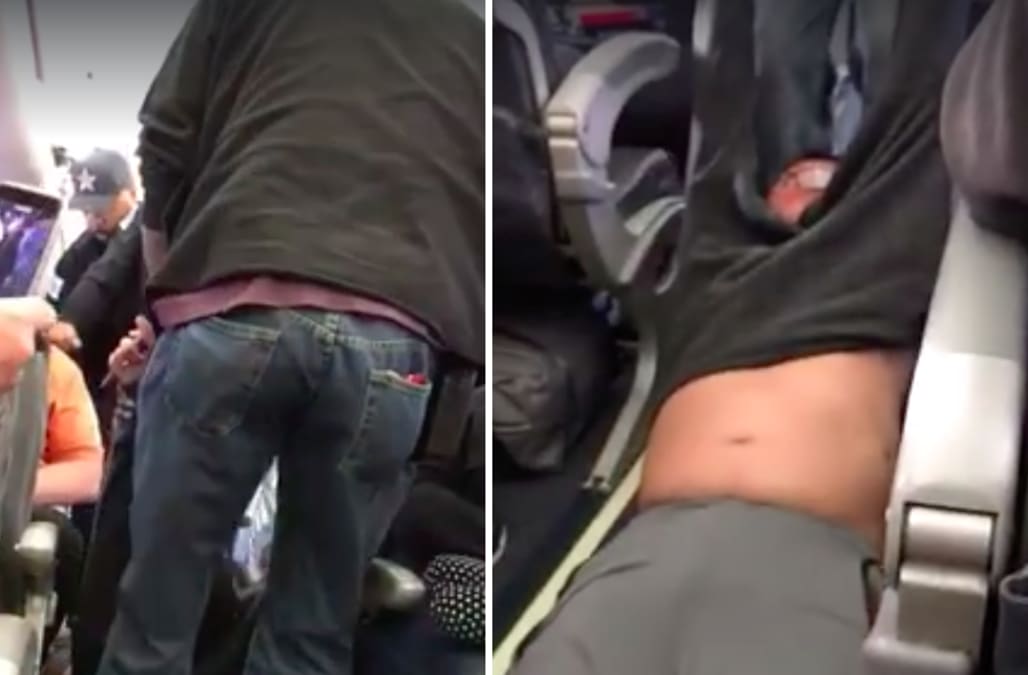 A doctor was dragged off a United Airlines flight attempting to fly from Chicago to Louisville on Sunday.

Passenger Audra Bridges captured the incident and shared a video on Facebook:

"United airlines overbooked the flight," Bridges wrote. "They randomly selected people to kick off so their standby crew could have a seat. This man is a doctor and has to be at the hospital in the morning."

Bridges continued, "He did not want to get off. We are all shaky and so disgusted."

@united@FoxNews@CNN not a good way to treat a Doctor trying to get to work because they overbooked pic.twitter.com/sj9oHk94Ik

Bridges also shared the aftermath. The man had come back, "still bloody" from the confrontation:

@united@CNN@FoxNews@WHAS11 Man forcibly removed from plane somehow gets back on still bloody from being removed pic.twitter.com/njS3nC0pDl

Audra Bridges spoke to Courier-Journal about what happened. Apparently, United told passengers that the flight was overbooked by four people. They offered $400 and a hotel stay and were looking for volunteers.

According to Bridges, the man was the only person United attempted to force off. "Everyone was shocked and appalled," she told the Courier-Journal. "There were several children on the flight as well that were very upset."

Reporter Yashar Ali tweeted out that United staffers asked, "what else were they supposed to do?":

Two United staffers I'm talking with are clear: the man was asked to deplane and he refused. They ask: what else were they supposed to do?

Flight 3411 from Chicago to Louisville was overbooked. After our team looked for volunteers, one customer refused to leave the aircraft voluntarily and law enforcement was asked to come to the gate.

We apologize for the overbook situation. Further details on the removed customer should be directed to authorities.

United Airlines CEO Oscar Munoz then released a subsequent statement, saying he apologizes "for having to re-accommodate these customers."

Statement from @United Airlines CEO Oscar Munoz: “I apologize for having to re-accommodate these customers.”

That's one way of putting it. pic.twitter.com/Jq7VGoYv8Q

The flight was delayed two hours and landed in Louisville late Sunday.