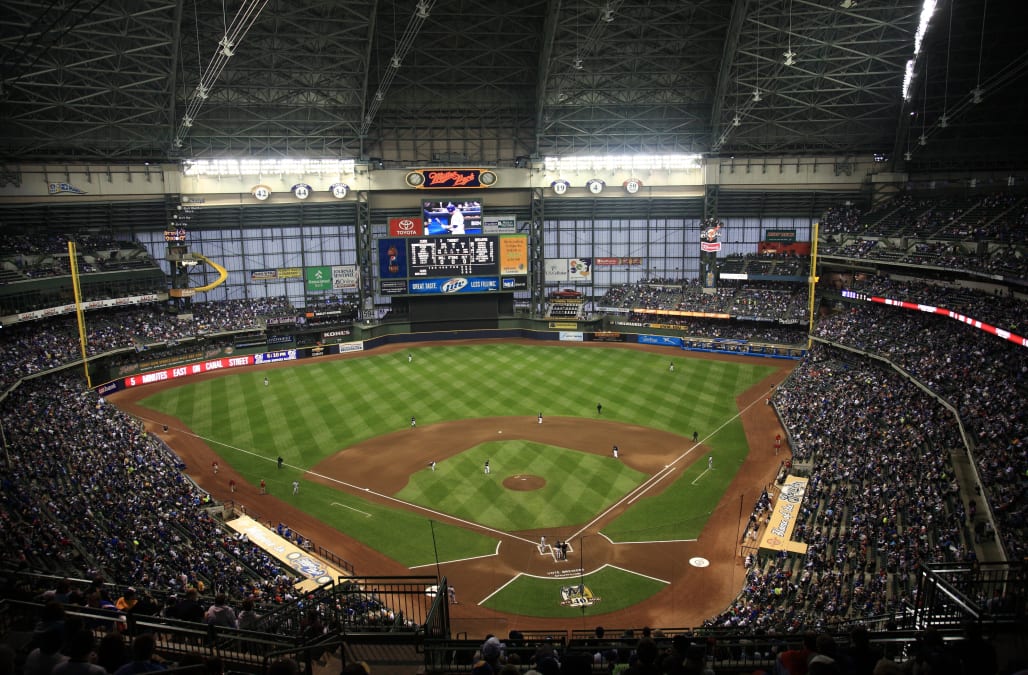 It's a bird! It's a plane! Nope, just a rogue inflated condom coming to derail an otherwise innocent baseball game.

A game between the Chicago Cubs and Milwaukee Brewers came to a brief halt on Sunday when what announcers initially thought was a balloon drifted onto the field.

No, it was an inflated condom that somehow found its way into the game.

The rubber visitor made its debut during the second inning when the Cubs were already up 5-0. So naturally, a fan got a little bored and decided that this would be a good 15 seconds of action.

Come on! This is America's favorite pastime we're talking about here! How dare you taint this tradition. (But OK, very funny prank, not going to lie.)

Never fear, though. Umpire Jeff Nelson heroically slayed the floating distraction with a powerful stomp. Nelson, understanding the enormity of his risk, then tipped his cap to the fans while they thanked him with a grateful roar.

Hey, it's not in his job description, but sometimes you got to do what you go to do.

And to whomever whipped out this condom and proceeded to blow it up in a crowded stadium and release it into the wild — we're proud of you.

More from Mashable:
It looks like the Undertaker has wrestled his last match, and we're having all the feels
Pink just dropped some words of wisdom about body positivity on Instagram
James Corden and Stephen Curry singing along to 'Frozen' is a joy to behold