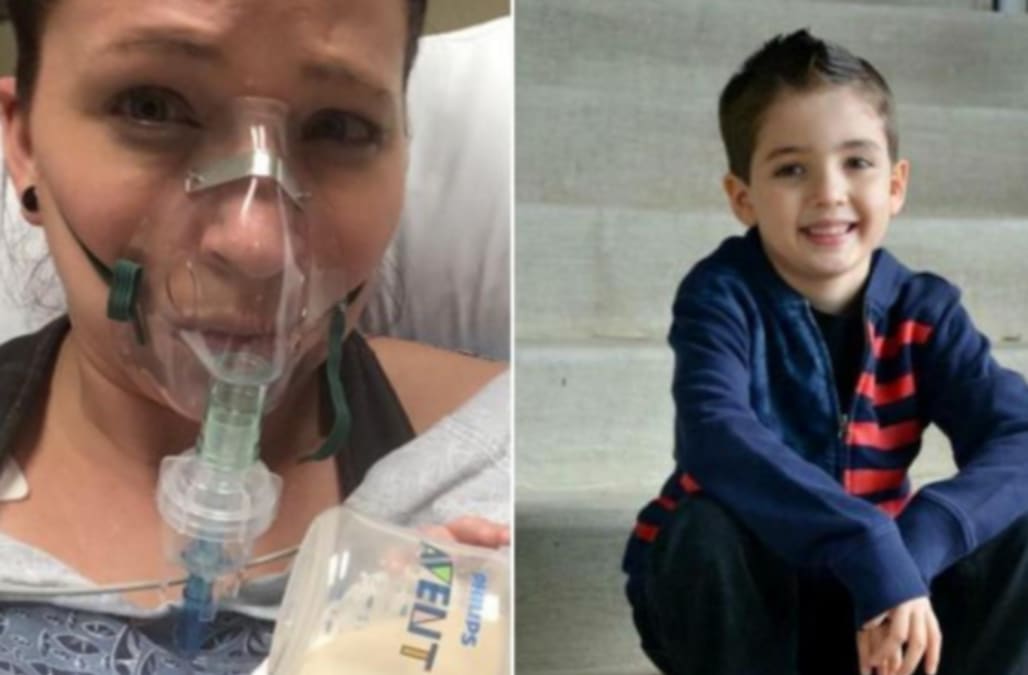 Kimberly Smith's 9-year-old son saved her life after recognizing the signs of a blood clot, information that he'd learned in school.

Smith, 32, started having chest pain while she was caring for her newborn baby in early March but she said it wasn't anything that stood out to her. The next day, however, her symptoms got progressively got worse.

"My baby, who's only 7 pounds, was too heavy to hold against my chest. I thought I'd sleep it off while the kids were at school, but by the time my other son got home I had this crushing pain up against my chest," Smith told InsideEdition,com.

It was that advice that saved Smith's life.

Camdyn explained to his mom that his P.E. teacher, who'd recently suffered from a blood clot, told him that when people hold their chest someone should immediately call 911.

Smith, heeding the advice of her son, called her doctor who said she should be seen.

"Camdyn said 'I am getting my shoes on and we need to go' and at that point I was still like 'no no.' He grabbed the diaper back and said 'we have to go,'" Smith said. "Him being persistent was the the reason I decided to just go. I wanted to ease his worries."

But when Smith arrived at the walk-in clinic and they performed an EKG and blood test, doctors quickly called an ambulance.

Smith was diagnosed with Pulmonary Embolism. She had multiple blood clots in her lungs.

"They said had I taken a nap there was a good chance I wouldn't have woken up," Smith said.

Smith ended up being in the hospital for seven days and now has to take blood thinner medication.

"He literally saved my life. I keep thinking about it and I keep reading about it. Blood clots kill so many people," Smith said. "I can't imagine not being with my children every day and not seeing them grow and he made that possible for me. What Camdyn did was heroic."