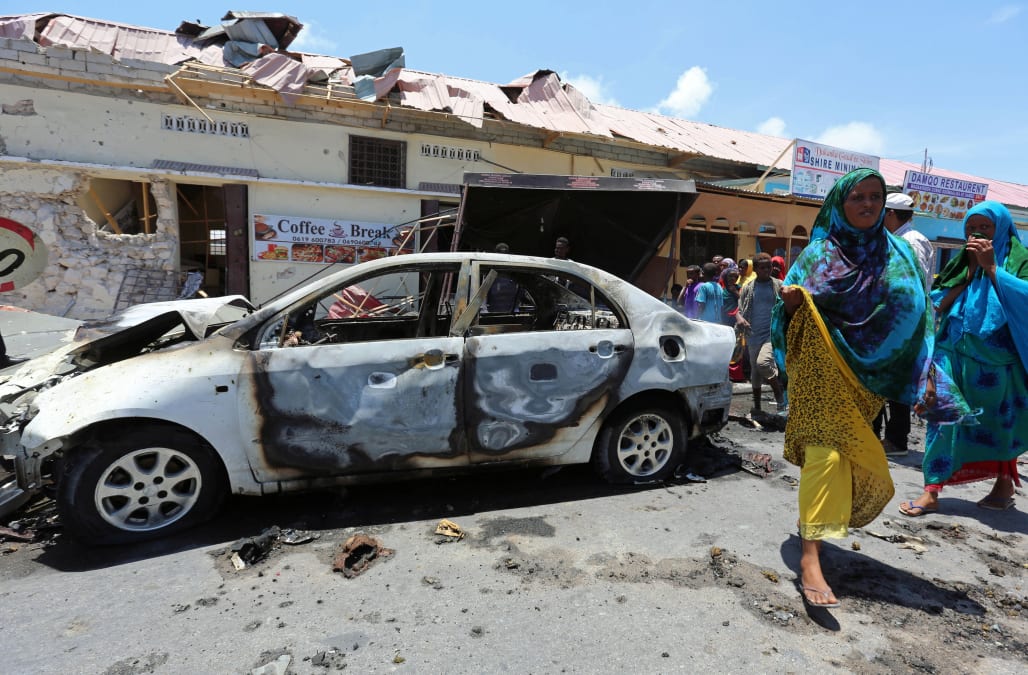 "At least 15 people, mostly civilians, died in (Sunday's) the blast," Somali Major Hussein Nur told Reuters. "We do not know the exact figure of casualties. All the people on board the ruined minibus perished. Soldiers and other private security guards also died."

A Reuters witness at the scene of the explosion saw a wrecked minibus, human flesh and damage to the tarmac road. Roads were sealed off even to private ambulances.

A government official said given the state of the dead bodies, it would be difficult to give an exact death toll.

Al Shabaab, waging an increasingly deadly campaign of bombings despite losing most of its territory to African Union peacekeepers supporting the Somali government, was behind the attack, according to Abdiasis Abu Musab, al Qaeda-affiliated group's spokesman for military operations.

Nur said the car bomber appeared intent on hitting a convoy carrying Somali military commander Ahmed Mohamed Jimale and other senior officers, but was not close enough to cause any casualties among his entourage.

Al Shabaab confirmed Jimale was their intended target, and that they had killed seven of his bodyguards in the attack. (Additional reporting by Abdirahman Hussein; writing by George Obulutsa; editing by Mark Heinrich)