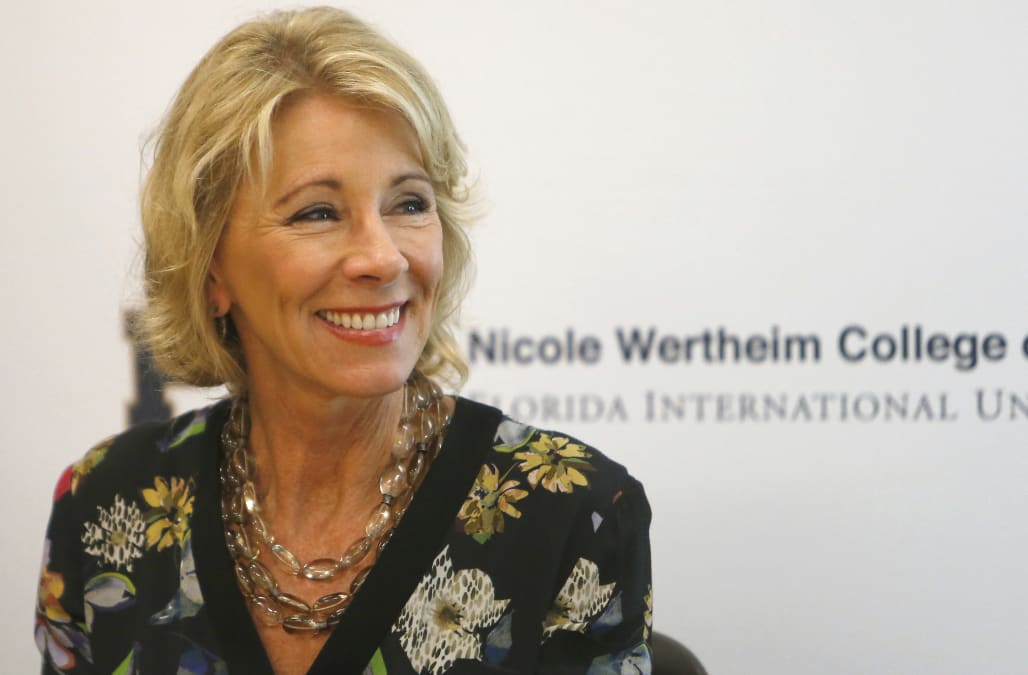 The U.S. Marshals Service is providing unprecedented protective detail to Education Secretary Betsy DeVos, and the added security will be costing her agency almost $1 million per month, the marshals service said Friday.

The stepped up security began in February, following a threat assessment ordered by the U.S. Attorney General, the marshals service said. The agency only said it determined a threat to her safety exists, and did not elaborate.

RELATED: Betsy DeVos through the years

If the current reimbursement rate remains the same, that totals to around $1 million per month.

No other cabinet-level official is being guarded by federal marshals and the last time that happened was in 2009 for the director of the Office of National Drug Control Policy, which is no longer a cabinet-level job, said Drew Wade, spokesman for the U.S Marshal's Office.

DeVos' nomination was controversial not only in Congress but by parents and teachers who protested across the nation. She was narrowly confirmed after Vice President Mike Pence broke a 50-50 tie in the Senate for the first time in congressional history.

Previously, members of an in-house security team guard the secretary, and those individuals remain on the payroll but have not been assigned new duties, the Washington Post reported.

The Department of Education did not return requests for comment by NBC News Friday.

While the extra expense may be a pittance compared to the department's overall budget of more than $68 billion, it comes amid proposed cuts for the department by President Donald Trump, whose budget seeks a funding reduction of 13 percent. Congress approves the budget, and it could be changed.

In its FY 2017 budget, the department requested for 296 more full-time employees as well as "personnel compensation and benefits increases, including a proposed 1.6 percent pay raise in 2017."