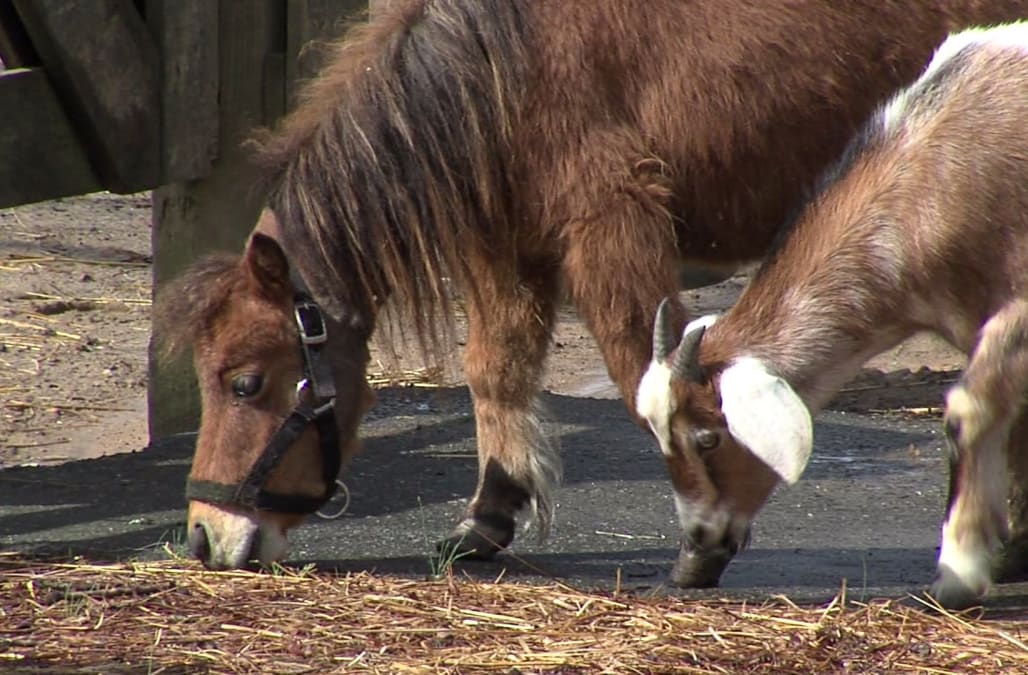 (WGHP) -- Willie was a tiny, baby goat when he was found on a front porch in Jamestown last year. He was healthy but weighed less than 10 pounds. The homeowner called Red Dog Farm for help, and Willie's rescuers knew just what to do.

Because he's a goat – and genetically wired to jump and climb – Willie needed special quarters until he could join a group of grown goats. Daisy Trull, who manages many of the livestock in Red Dog Farm's program, placed Willie with a dwarf miniature horse named Lizzie. That was the beginning of a beautiful friendship!

Willie and Lizzie aren't available for adoption, but you can visit Red Dog Farm's website to see their adoptable animals: www.reddogfarm.com.