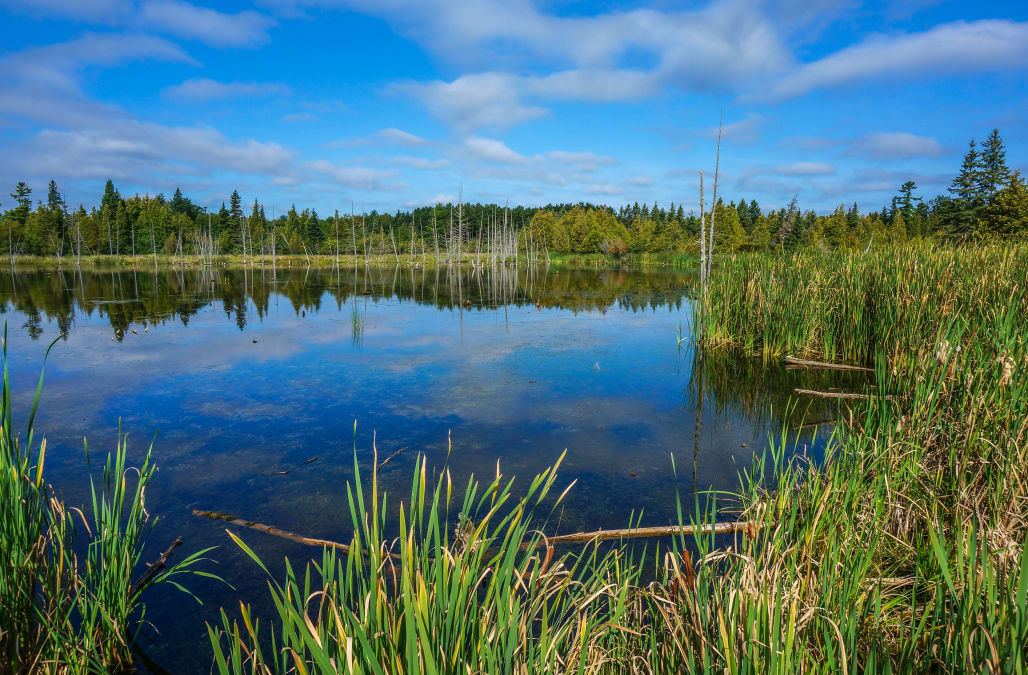 Except, one GPS did and a man and his car ended up in the middle of a river in Eastern China.

Mashable reports the man didn't realize the dirt path was leading him to water.

On the Chinese social giant, Weibo, police posted pictures where they said nearby farmers called for help.

Half a day, a truck and a bulldozer later, the car was finally pulled out of the water.

Police urged GPS users to be careful when driving on unknown roads.

The incident happened on April 1, no less. Talk about a wet joke!

Unusual Driving Laws
Do you think driving carefully and obeying the speed limit will keep your record clean? No such luck. Find out about some of the most bizarre driving laws as researched by DMV.ORG -- The Unofficial Guide to the DMV

Danger at Dunkin' Donuts
Think twice about stopping for breakfast in South Berwick, Maine. You can get a ticket for parking in front of the Dunkin' Donuts.
In Alabama it is illegal for a driver to be blindfolded while operating a vehicle. We hate to think how many times this had to happen to warrant legislative attention.
In Arkansas it is illegal for a person to blare the horn on a vehicle at any place where cold drinks or sandwiches are served after 9 p.m.
In Mount Vernon, Iowa, you can't shoot arrows into the street without written permission from the town council. Hopefully target practice isn't a good enough reason to get permission.
In Derby, Kan., it is considered a misdemeanor to screech your tires while driving. This heinous act can get you up to 30 days in jail.
In Dunn, N.C., it is illegal to drive through a cemetery without purpose. Wearing a 'Ghost Busters' costume should be enough to communicate your purpose to any nearby police officers.
In Alaska it is illegal to tie a dog to the roof of your car. As far as we're aware, there's still no law against tying a bunch of dogs to the front of your sled.

The 10 States That Pay Out the Biggest Lottery Jackpots

Indie That Isn't: You'll Be Shocked by Who's Behind These 7 Brands

The Hair Index: What Your Cut Says About the Economy

Greek Default the Biggest in History? No Problem, Says Bernanke!

In Rockville, Md., you will be slapped with a misdemeanor if caught swearing while on a highway. Luckily, you'll only be fined if your profane language is uttered "within the hearing of persons passing by." If a driver curses in Rockville and no one is there to hear him, does he make a sound?
In University City, Mo., you cannot honk the horn of someone else's car. Tooting your own horn, however, is entirely legal.
In New Jersey, drivers are required to beep their car horns before passing another vehicle. Technically, the law requires "audible warning" with a "warning device," so feel free to ditch your horn and get creative.
In Blairstown, N.J., it is illegal to plant trees in the middle of the street. Luckily most people find it very difficult to do in the first place.
In Sag Harbor, N.Y., it is illegal to disrobe in your car.
In West Virginia, it is perfectly legal, for road maintenance purposes, to scavenge road kill. What's for dinner?
In Hilton Head, S.C., you cannot leave trash in your vehicle out of fear of attracting rats.
Up Next