Woman plummets from 60-foot bridge while taking a selfie 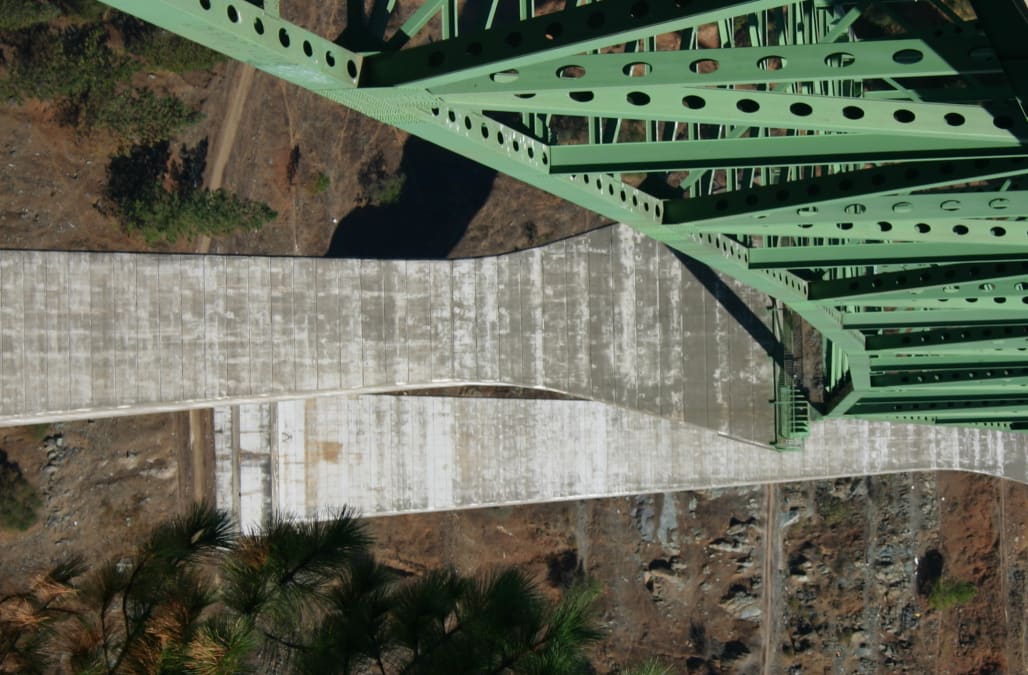 A Sacramento woman was hospitalized after falling from the highest bridge in California while trying to snap a selfie, according to CNN.

The woman, who was trespassing, was making her way across a support girder on the Forest Hill Bridge in Placer County with a few friends at the time of the incident.

She tripped over a bolt while she and her friends were posing for a group photo, lost her balance and fell backwards before plummeting 60 feet onto a trail below, according to KOVR.

Although the unnamed woman miraculously survived the fall, the Placer County Sheriff's Office took to Facebook to warn that others who attempt such a dangerous stunt may not end up so lucky.

"This is the location on the catwalk where the female was on the girders and fell 60 feet below," it wrote. "You will be cited and or arrested if found in any closed location."

"Worse yet, you can lose your life and none of that is worth a selfie! Enjoy the bridge and canyon from the designated areas."

A friend of the woman told KOVR she suffered a deep gash to her arm and a few fractured bones that require surgery to fix, but she is expected to survive.

The bridge is reportedly a hot spot for trespassing, even though there are signs posted around the area that warn against it.

More from AOL.com:
State with the most UFO sightings in the country revealed
Police find wet, nearly naked woman with webbed feet claiming to be a mermaid
Woman caught on camera stealing package, returns it days later with strange explanation