Devin Nunes temporarily steps down from US House investigation on Russia: statement 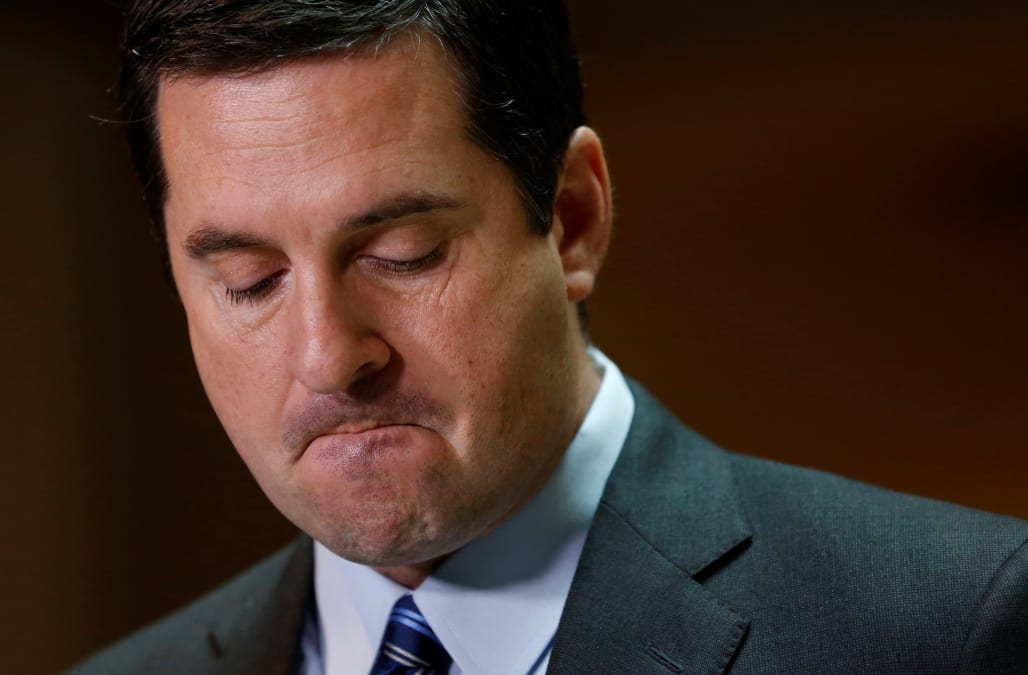 WASHINGTON, April 6 (Reuters) - The chairman of the House of Representatives intelligence committee said on Thursday he was temporarily stepping down from the panel's probe into allegations of Russian meddling in the U.S. presidential election while he answers ethics complaints filed against him.

Republican Devin Nunes, chairman of the House Permanent Select Committee on Intelligence, said in a statement that "entirely false and politically motivated" charges that he made unauthorized disclosures of classified information had been lodged against him with the Office of Congressional Ethics.

Nunes, who was on Donald Trump's presidential transition team following the 2016 election, has been sharply criticized by Democrats for his handling of the Russia probe after he received information at the White House, held a news conference about it and then went back to the White House to brief Trump, all before sharing it with other members of his committee.

The Russia probe is investigating whether Moscow hacked emails of senior Democrats during the election campaign and released embarrassing information to hurt Democratic candidate Hillary Clinton and benefit Trump. Russia denies the allegations.

The House Ethics Committee said in a statement it had decided to investigate allegations thatNunes may have made unauthorized disclosures of classified information in violation of House rules, the law and other standards of conduct.

Nunes said he had decided to step aside from the Russia investigation in order to fight the allegations and wanted to speak with the ethics office as soon as possible "to expedite the dismissal of these false claims."

The top Democrat on the committee, Representative Adam Schiff, said Nunes' decision to step aside from the investigation was made in "the best interests of the committee and I respect that decision." (Reporting by Susan Heavey and David Alexander; Editing by W Simon and Alistair Bell)