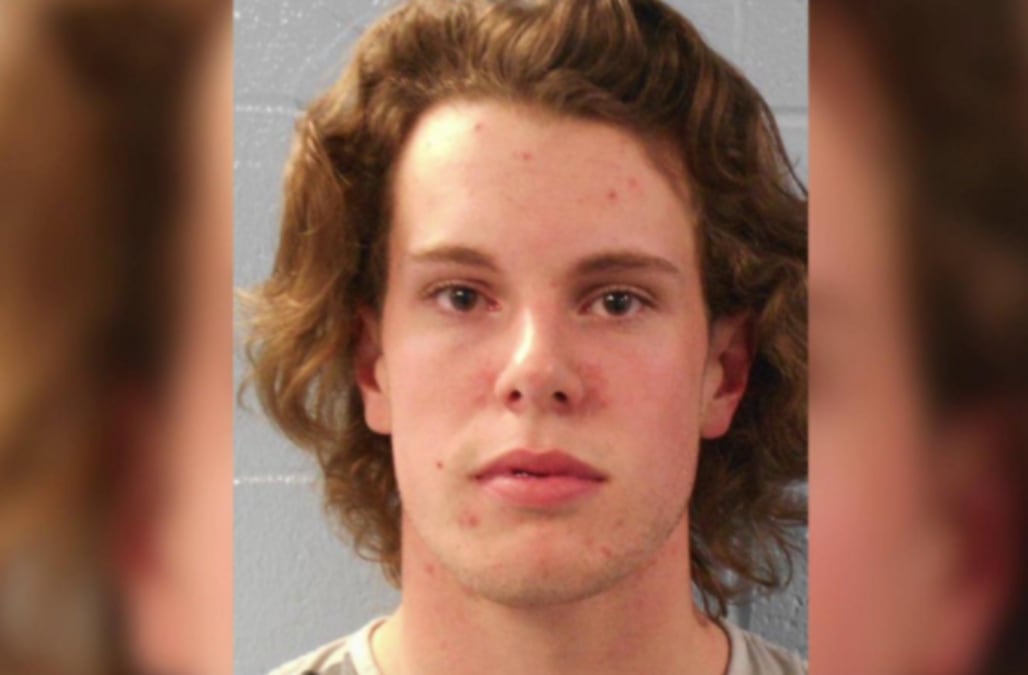 EDMOND, Okla. (KFOR) – Relatives of an Edmond woman say they are "numb" after receiving word of her death. Her stepson has since been arrested for her murder as police still search for a motive.

Edmond police were called to the 500 block of Park Place shortly before 9 p.m. Tuesday for a report of a deceased woman. Inside the garage, police found the body of 54-year-old Katherine Bryant.

Her stepson, 17-year-old Joshua Bryant, is being held on a complaint of first-degree murder. He is expected to be charged as an adult.

"My son has killed my wife," the husband tells the dispatcher.

"How did he kill your wife?" she asked.

"I don't know, I just found her – he had a crazy story and now he has stolen the car and I went looking for her and she's in the garage and she's been hit in the head she's dead."

Police in Blackwell, Okla., -- about two hours north of Oklahoma City – stopped Joshua Bryant and took him into custody just after midnight.

Police – and Katherine Bryant's family – are searching for the answer to "why."

"It just doesn't make any sense. She's never hurt anyone in her life," said her nephew, Matthew Blake, who lives in Ft. Worth, Texas.

Both Edmond Police and Blake say Katherine had married her husband within the past year.

"She was probably the sweetest, most Godly woman you'd ever meet. I don't know if I've ever heard her raise her voice once, ever."

In the 911 call, Joshua's father tells the dispatcher he left the house for 30 minutes to pick up his daughter from the gym and "he gave me an excuse about where (Katherine) went, and I needed to work on the dinner, and I started getting suspicious."

Edmond Public Schools says Joshua Bryant is enrolled at Edmond Memorial High School, but has been attending Boulevard Academy – an alternative high school in the district – since August of last year.

The district says it is cooperating fully with the police investigation.

Police say there is no indication that Joshua Bryant was under the influence of any type of drug or alcohol, apparent mental health issues, prior contact with police or disagreements with his stepmother.

"In fact, he said just the opposite – that they got along," said Wagnon. "Right now, it just doesn't sound like that we have a motive."

More from AOL.com:
Police arrest naked man on swings at Ohio park
Teacher, missing student spotted in out-of-state Walmart days after disappearing
Over 20 years after his wife's disappearance, a Colorado man admits it all — even where he hid her body