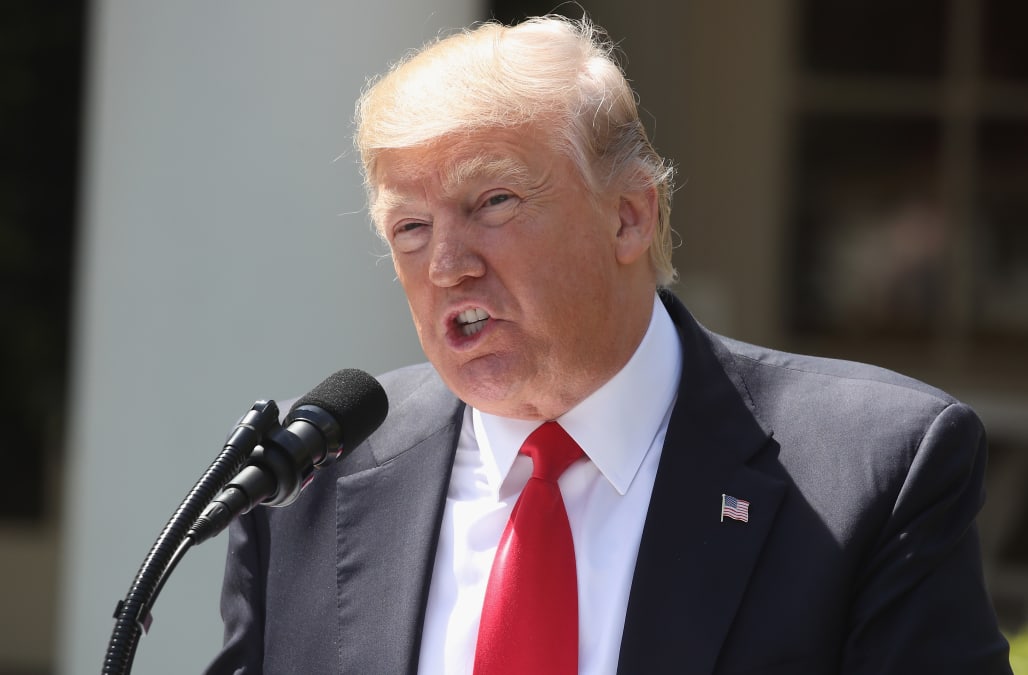 Some members of the Federal Reserve aren't so sure the Trump boom is on its way.

In the release of the minutes for the Fed's March meeting, the members of the Federal Open Markets Committee discussed the possibility that a large fiscal stimulus driven by President Donald Trump and his administration would kick-start to the United States' economy.

Trump has promised to return the US to sustained 4% annual GDP growth (which he recently downgraded to a 3% target), slash taxes significantly, invest $1 trillion in infrastructure, expand job opportunities, and more.

However, the Fed doesn't believe that Trump will be able to get results this year. In fact, the uncertainty over Trump passing his reforms is so high that many members haven't even factored a Trump stimulus into their forecasts for the economy.

From the minutes (emphasis ours):

"Participants continued to underscore the considerable uncertainty about the timing and nature of potential changes to fiscal policies as well as the size of the effects of such changes on economic activity. However, several participants now anticipated that meaningful fiscal stimulus would likely not begin until 2018. In view of the substantial uncertainty, about half of the participants did not incorporate explicit assumptions about fiscal policy in their projections."

The statement comes at a time when the uncertainty of Trump's ability to follow through on his economic promises is growing. The stocks that would benefit most from Trump's plan to cut taxes have been lagging after efforts to get his healthcare reform bill stalled.

Additionally, after soaring following the election, positive sentiment surrounding the economy has stabilized, and recent "hard data" releases showed that actual economic activity is not keeping up with the sentiment boost.

Interestingly, some members of the Fed also noted that seemingly non-economic policies that Trump has thrown around could end up weighing on economic activity.

Fed Chair Janet Yellen mentioned the possible negative shocks of more restrictive immigration policies and the repeal of the Affordable Care Act in her most recent testimony to Congress in February.

"At the same time, some participants and their business contacts saw downside risks to labor force and economic growth from possible changes to other government policies, such as those affecting immigration and trade," the minutes said.

NOW WATCH: 7 mega-billionaires who made a fortune last year

SEE ALSO: The stock market doesn't think Trump will deliver on one of his biggest economic promises