Remarkable teen got accepted to all 8 Ivy League universities 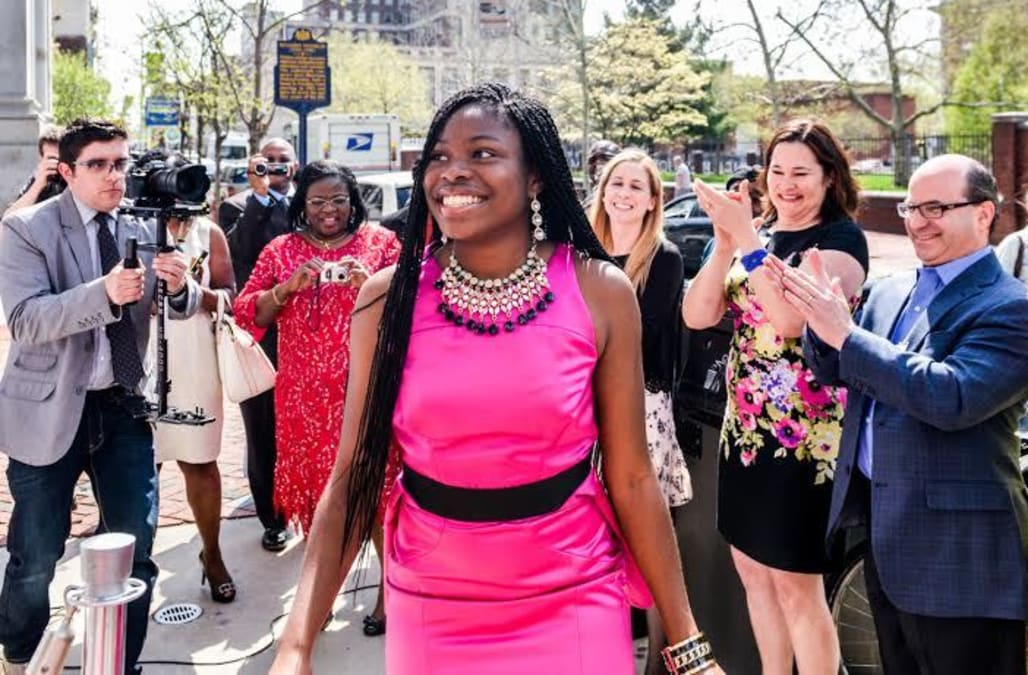 Ifeoma White-Thorpe is a New Jersey teenager, a writer and a poet, and an aspiring biology and global health major. She tied for first place in the 2015 Selma Essay Contest for her spoken word poem, serves as the student body president at Morris Hills High School, oh, and she recently got accepted to all eight Ivy League colleges.

On her incredible acceptance track record, she told ABC7NY, "I was shaking, I was like, oh my gosh, oh my gosh, like this might be eight out of eight."

White-Thorpe said that she picked schools to apply to based on their research facilities, and she thinks that she stood out as an applicant because of her "love for poetry and writing."

Now she's faced with the difficult decision of choosing a school to actually attend — and figuring out which school she can afford. None of the schools she applied to (read: none) offer merit-based scholarships, so she's counting on financial aid or other assistance to put her through university.

She has a message for all of them: "please give me something."

Of the eight schools she was accepted to, Harvard clocks in as the least expensive at a definitively very expensive $63,025 a year including tuition, room, and board. From there, it steadily increases, with Columbia continuing it's reign as the historically most expensive Ivy League, charging more than $66,000 a year. For most people, even those in upper middle class households, the financial burden of more than $200,000 over the course of four years is far from a realistic option.

After the overwhelming amount of responses, White-Thorpe says she doesn't know where she'll choose, but that she's "praying that they give me some more financial aid or some money."

White-Thorpe's parents have stated that they're "leaving it up to her."

More from Mashable:
Get schooled online by celebrities like Steve Martin, Shonda Rhimes
Teen investigative journalists oust shady principal, give us all hope for future
SelfScore makes credit cards for the international students Trump wants to keep out