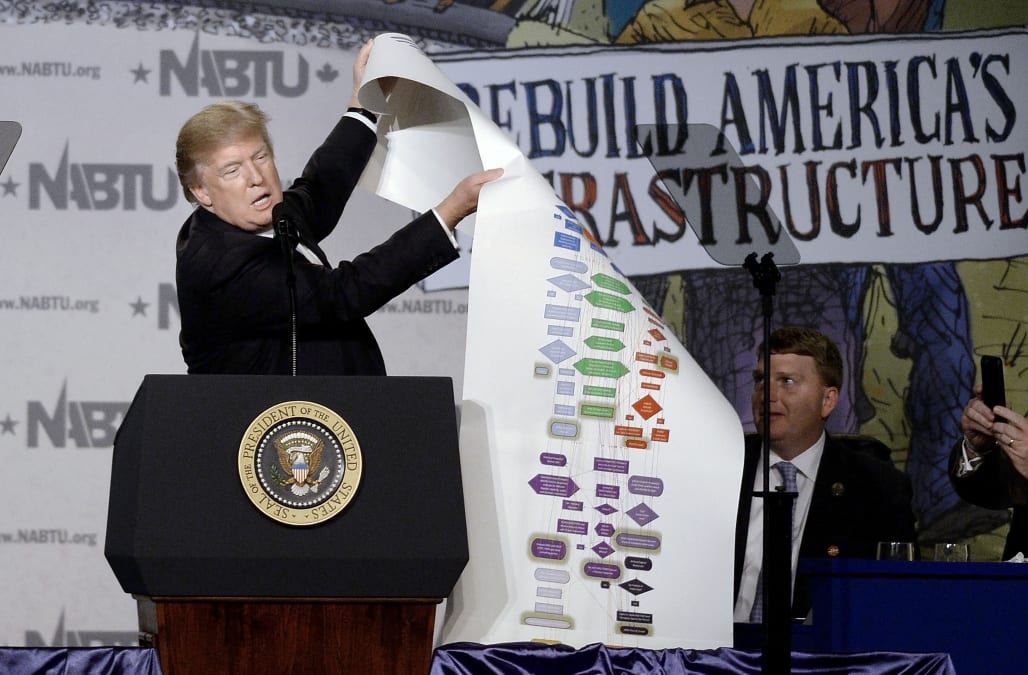 The Republican Party appears to be feeling the side effects of President Trump's growing unpopularity among Americans, and some inside the party are claiming the GOP could be in trouble ahead of 2018's midterm elections.

Trump's approval rating now sits at 35 percent, according to a Quinnipiac University poll released on Tuesday. The latest Quinnipiac poll mirrors other major surveys that also show the president's support dwindling among Americans.

Click through images from inside President Trump's first 70 days:

For as unpopular as the president has become, Trump's own party has been hit even harder when it comes to poll results. Republican support has dropped significantly over the past few weeks, with Americans now disapproving of Republicans 70 percent to 21 percent — a 14 point negative swing from two weeks ago.

"The Republican Party is in trouble, and if Donald Trump thinks he can somehow blame this on Paul Ryan or the House he's completely wrong," said former Republican representative and MSNBC host Joe Scarborough.

Scarborough argued on Wednesday's edition of "Morning Joe" that the party's current slip in support could spell trouble for the GOP heading into midterm elections next year — and the president may be the one to blame.

"Their numbers are collapsing because of him," said Scarborough.

According to Quinnipiac, Americans largely disapprove of the president's handling of major issues during his first few months in office.

Top Republican leaders are also feeling it at the polls. Speaker of the House Paul Ryan has a negative favorability rating of 28 - 52 percent, making him less popular than House Minority Leader Nancy Pelosi who sits at 30-47 percent favorability, according to Tuesday's Quinnipiac poll.