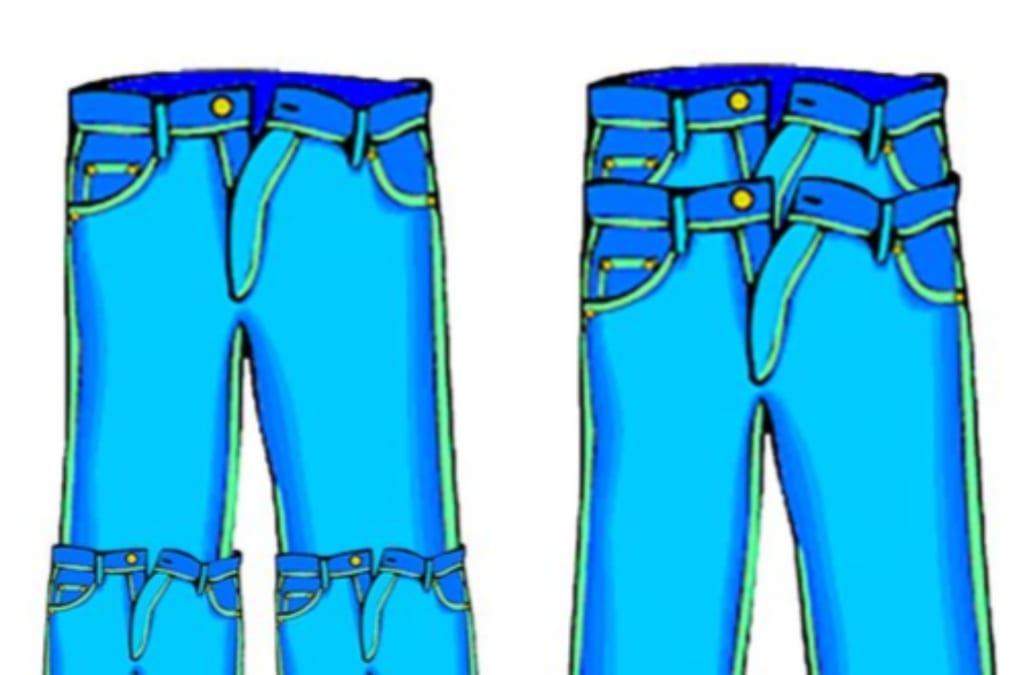 If you aren't a small child, you probably remember the infamous "how would a dog wear pants?" debate of 2015.

Well, whether the world wanted another one of these "brain teasers" or not, Twitter user @bobby has thrown one our way and now we have to sit down and figure out the answer.

To be honest, both options are just as bad.

Twitter answers: How would pants wear pants?
(extremely teen voice) is this mans seriously talking about PANTS when *googles "what events are happening"* ISIS is happening??
@bobby @GlennF Pants: 2 legs, Humans: 2 legs – They would wear it same like humans, so B.
@bobby the pants wears pants the same way you do. so A
@bobby Obviously the latter. The first one is if pant legs wore pants
@bobby There's only one right answer. https://t.co/mGws6wbG3J
@bobby c) neither. they'd wear em flipped over and above them, like a t-shirt. next question
@bobby The first one is more like socks than pants
@bobby https://t.co/7UrHIHB6xk
Up Next

But who cares what they think -- let's settle this issue once and for all, right here, right now.

More from AOL.com:
At U.S. contest, may the smelliest sneaker win
Police investigating highway car-surfing stunt caught on video
This stag with a bra stuck on its antlers has some serious explaining to do