The new GOP Obamacare replacement could have a fatal flaw 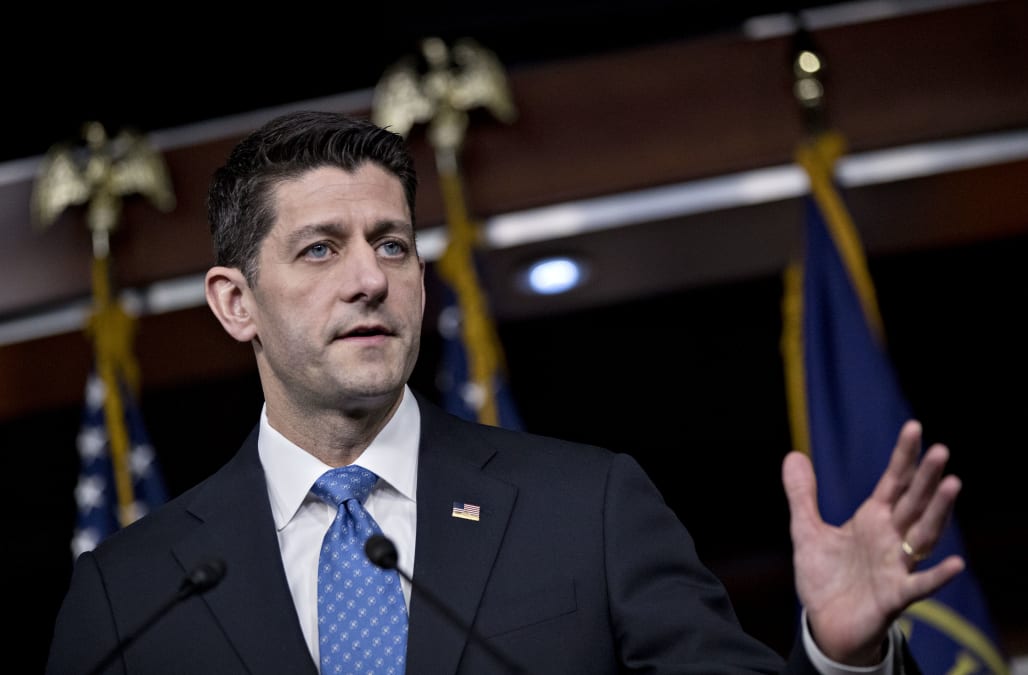 House Republicans appear to be stirring up their plans to overhaul the US healthcare system once again after an initial, highly publicized failure last month.

The American Health Care Act, the GOP plan to repeal and replace Obamacare, has been revisited, with Vice President Mike Pence and White House officials attempting to find a consensus to pass the bill through the House.

Pence and the White House are trying to win over the conservative House Freedom Caucus, which opposed the original version of the legislation because they felt it did not go far enough in its repeal of Obamacare.

Reports have indicated that the White House has offered to allow states to repeal two significant elements of the ACA: "community ratings" and so-called essential health benefits.

While this has the potential to bring the Freedom Caucus on board, it also could cause policy and political problems for the House GOP and President Donald Trump's administration.

Sen. Rand Paul asks House GOP for Obamacare replacement bill
Sen. Rand Paul demands a copy of the bill. This staffer says she can't give him one. https://t.co/gPo5rMsUkS
I have been told that the House Obamacare bill is under lock & key, in a secure location, & not available for me or the public to view.
I am heading to the secure location where they are keeping the House obamacare bill. I will demand a copy for the American people.
@RandPaul This is unacceptable. This is the biggest issue before Congress and the American people right now.
@RandPaul What is the House leadership trying to hide? My guess is, they are trying to hide their "Obamacare Lite" approach.
@RandPaul Renaming and keeping parts of Obamacare, new entitlements and extending medicaid expansion are not the #FullRepeal we promised
@RandPaul House and Senate passed repeal in 2015. They should keep their promises and bring them up again for a vote now
@RandPaul I demand the House release the text of the bill. Every elected official & every American deserve to know what they're trying to do
@RandPaul I will not vote for Obamacare Lite nor will many of my colleagues. We will keep our word. I call on House leaders to do the same
@RandPaul And I call on them to make this process transparent and to let the sunshine in. Today.
.@randpaul wasn't allowed to see the House GOP's Obamacare bill. Brought his own copy machine, just in case. https://t.co/KpAXhfltsV
.@RandPaul outside the "secret office for the secret bill." https://t.co/fY8BAVqwvd
Up Next

Here's a quick breakdown of the two important elements that reports suggest the new deal on the AHCA could allow states to repeal:

By repealing the two rules, people who do get sick could see prices so high for their coverage that it would be virtually impossible for them to afford insurance. While insurers could technically not discriminate based on preexisting conditions, making it incredibly expensive for someone to purchase care would have similar practical effects, as Business insider's Josh Barro wrote.

Additionally, the list of issues that were considered preexisting conditions before the ACA were incredibly broad, ranging from asthma, to cancer, to eating disorders, to even being employed as a logger or pilot.

In technical terms, preexisting-condition protections would be left in place. But in practice, these regulations — which are among the most popular parts of the ACA — would be gutted.

According to reports, the emerging terms of the deal suggest state-level repeals would need to be approved by the federal government.

The fallout from the proposed tweaks could have political ramifications for Republicans.

While much of the attention has been paid to the Freedom Caucus in the aftermath the AHCA's original failure, the number of moderate Republicans that came out against the bill was close enough to the threshold for blocking the bill, as well.

As the House leadership and the White House shifted the bill to make concessions to the Freedom Caucus, more and more of these moderates began to come out against the bill, citing its concerns in going too far in repealing some of Obamacare's more popular provisions.

"If there is guaranteed access to insurance without community rating, protections for people with pre-existing conditions are illusory," said Larry Levitt, a senior vice president at the nonpartisan Kaiser Family Foundation.

The undermining of preexisting conditions coverage via the community rating, as well as the changes to essential health benefits, could make the bill politically unpalatable for enough moderate Republicans to block it. In fact, reports suggest that many GOP members are already pushing back on the possible deal with the Freedom Caucus behind the scenes.

Trump has repeatedly said that he wants to keep the preexisting-conditions protections. By potentially undermining these provisions, the new proposed deal could signal a reversal on one of his longest-standing promises on healthcare.

During an interview with "60 Minutes" following the election, Trump said that the preexisting-conditions aspects of Obamacare "adds cost, but it's very much something we're going to try and keep." Trump repeatedly made this assertion on the campaign trail, as well.

Pence also said in a speech before the election that people with preexisting conditions would not be "charged more or denied coverage," which likely would happen in some states under the new proposals.

White House press secretary Sean Spicer reiterated the desire to keep coverage affordable for those with preexisting conditions after Trump's speech to the joint session of Congress in late February.

"First, wanted to make certain that those with preexisting illness and injury were not priced out of the market," said Spicer on March 7. "Nobody ought to lose their coverage because they get a bad diagnosis."

The bill does not explicitly repeal the parts of the ACA that have to do with preexisting conditions, but the likely effects on prices and coverage for sick people would seem to violate promises from the president.

SEE ALSO: Republicans are picking a terrible time to roll out 'Trumpcare 2.0'