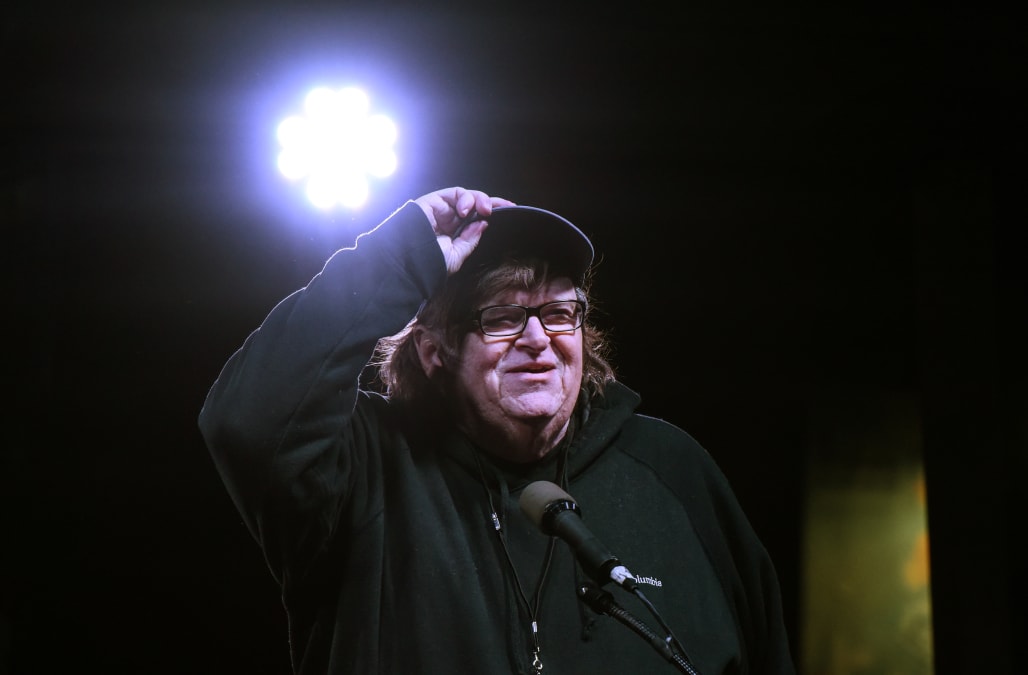 Filmmaker Michael Moore is continuing to speak out against President Trump.

In an interview with the Huffington Post on Friday, Moore commented on Trump's recent actions that many critics say reverse much of the work done by the previous administration on addressing climate change.

Moore said, "For him to tear up every single regulation instituted by President Obama on climate change and for him to say that that will no longer be a concern when they make their decisions, is not just a f**k you to the rest of this world, but it's a declaration of war against the actual planet."

This is not the first time Moore has lashed out at Trump.

In late March, he urged the Democratic Party to "declare a National Emergency" in light of the FBI's confirmation concerning an ongoing investigation into ties between Russia and Trump's team.

In an Instagram post, Moore said the "announcement, by the head of the Trump-friendly FBI, is a shock to our democracy. The Democratic leadership in the House and Senate needs to bring a halt to all business being done in the name of this potential felony suspect, Donald J. Trump."

He continued, "No bill he supports, no Supreme Court nominee he has named, can be decided while he is under a criminal investigation. His presidency has no legitimacy until the FBI – and an independent investigative committee — discovers the truth. Fellow citizens, demand the Democrats cease all business."