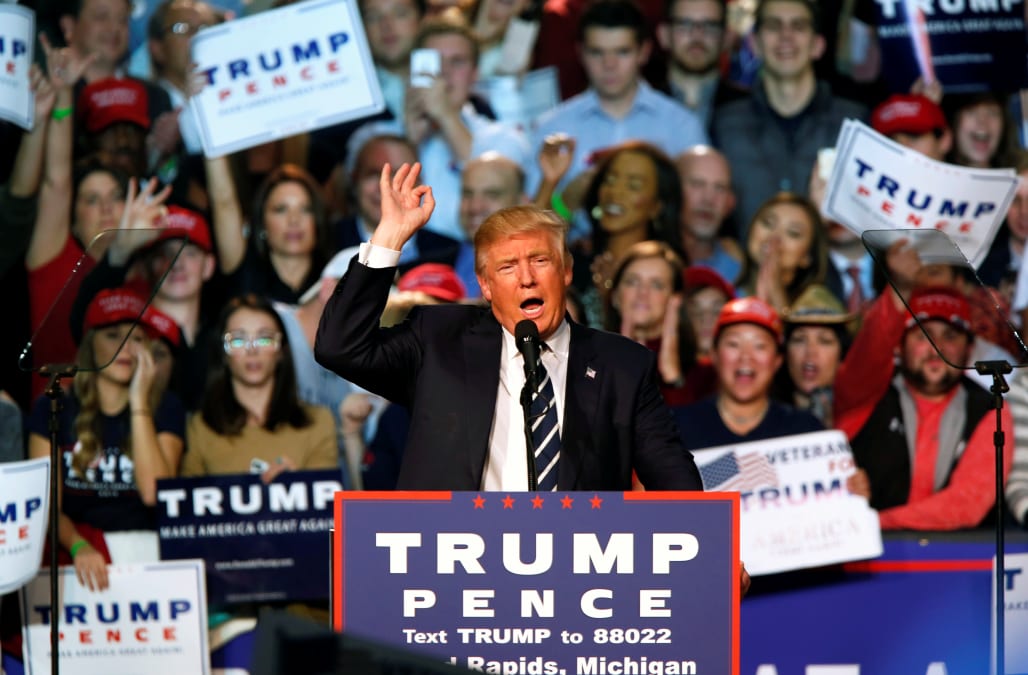 A federal judge has rejected President Donald Trump's free speech defense against a lawsuit accusing him of inciting violence against protesters at a campaign rally.

Trump's lawyers sought to dismiss the lawsuit by three protesters who say they were roughed up by his supporters at a March 1, 2016 rally in Louisville, Kentucky. They argued that Trump didn't intend for his supporters to use force.

Violence and protestors at the Trump rally in North Carolina:

Two women and a man say they were shoved and punched by audience members at Trump's command. Much of it was captured on video and widely broadcast during the campaign, showing Trump pointing at the protesters and repeating "get them out."

Judge David J. Hale in Louisville ruled Friday that the suit against Trump, his campaign and three of his supporters can proceed. Hale found ample facts supporting allegations that the protesters' injuries were a "direct and proximate result" of Trump's actions, and noted that the Supreme Court has ruled out constitutional protections for speech that incites violence.

"It is plausible that Trump's direction to 'get 'em out of here' advocated the use of force," the judge wrote. "It was an order, an instruction, a command."

Plaintiffs Kashiya Nwanguma, Molly Shah and Henry Brousseau allege that they were physically attacked by several members of the audience, including Matthew Heimbach, Alvin Bamberger and an unnamed defendant they have yet to be able to identify.