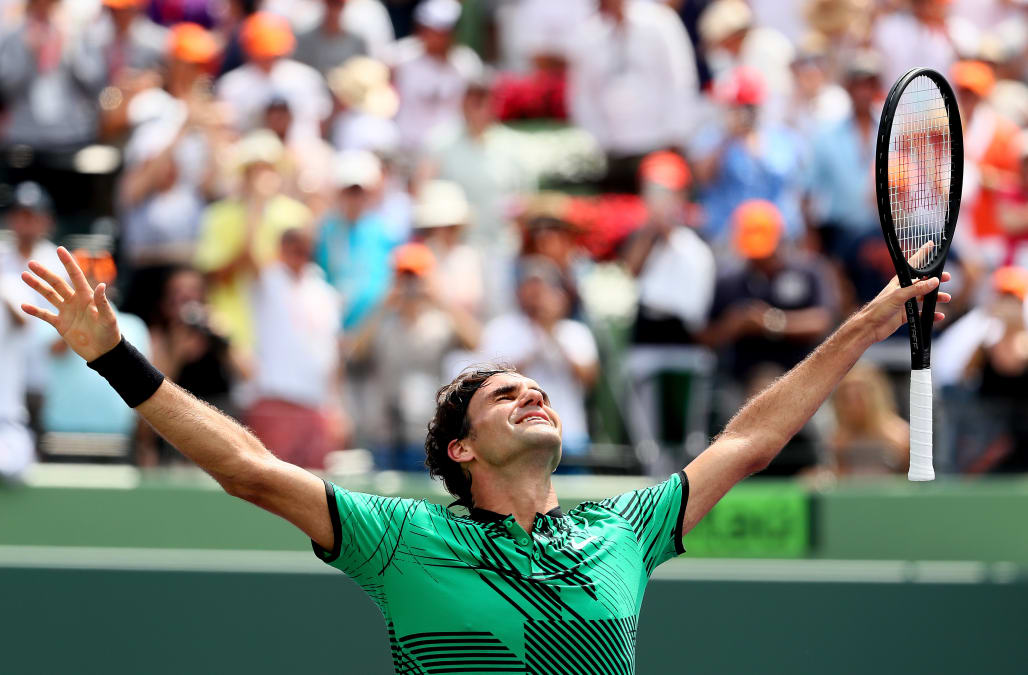 REUTERS - Roger Federer continued his recent mastery of Rafa Nadal when he beat his great rival 6-3, 6-4 in the final of the Miami Open on Sunday.

Federer, peerless this year after returning from a six-month injury absence, broke once in each set on the Crandon Park hardcourt for his fourth consecutive victory over the Spaniard.

Nadal still leads their career head-to-head record at 23-14, due entirely to his superiority on clay, but Federer now leads 10-9 on hardcourt.

Federer improved to 19-1 this year, winning the Australian Open in five sets over Nadal, and Paribas Open in straight sets over Stan Wawrinka.

His only loss was at the hands of Russian Evgeny Donskoy in the second round in Dubai.

(Reporting by Andrew Both in Cary, North Carolina, editing by Gene Cherry)

More from AOL.com:
Judge to Trump: No protection for campaign rally speech inciting violence
Robert Kraft says 'playing in the NFL is a privilege, not a right' as the Patriots reportedly take controversial Oklahoma running back off their draft board
Twitter has a meltdown after report emerges about Rex Tillerson not allowing eye contact