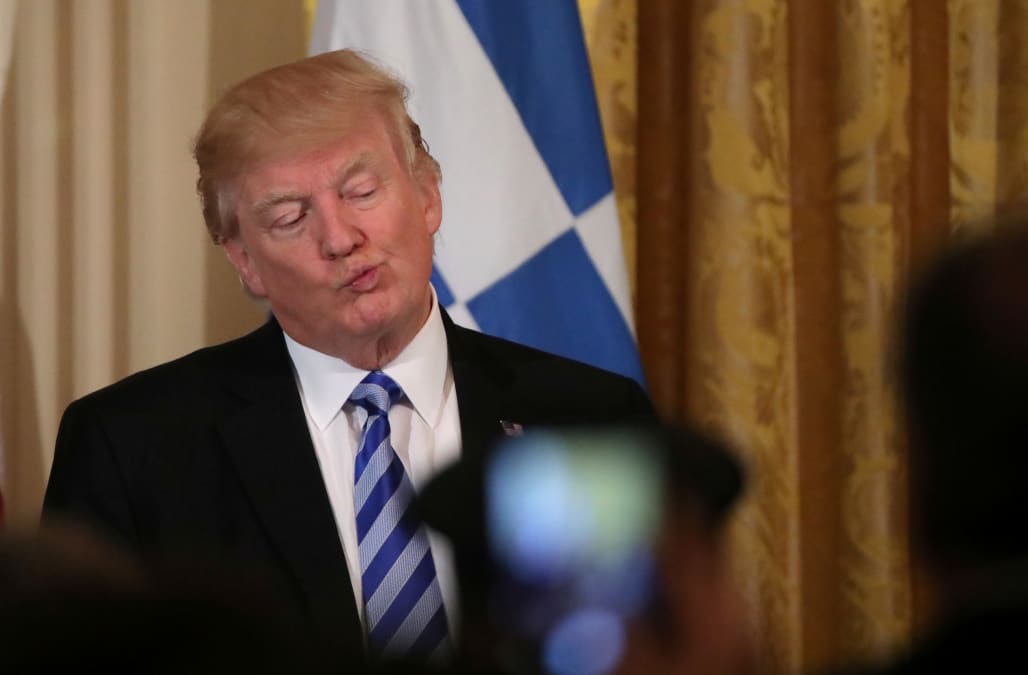 President Trump has faced numerous controversies since taking office just months ago but the Washington Post's editorial board has identified what it calls "the strangest and most suspicious aspect of his presidency."

According to an op-ed published on March 31, the issue that should be scrutinized is why the president appears to be continually distracting from or confusing the public about Russia's interference in the U.S. election.

The latest revelation involves reports that two officials from the White House showed Republican House Intelligence Committee chair Devin Nunes documents about U.S. surveillance efforts that may have affected Trump and people connected with him.

Click through the best reactions to reports of possible Trump collusion with Russia:

However, the Post dismisses this incident as "the latest diversionary stratagem employed by Mr. Trump and his aides."

Earlier in the week, Trump tried to bring attention to the Clinton's ties with Russia, tweeting in one post, "Why doesn't Fake News talk about Podesta ties to Russia as covered by @FoxNews or money from Russia to Clinton – sale of Uranium?"

White House press secretary Sean Spicer echoed these allegations during his press briefing Friday, saying, "...it was Hillary Clinton who was the architect of the last administration's failed reset policy. She told Russian state TV that it was designed to strengthen Russia...She used her office to make concession after concession, selling off one-fifth of our country's uranium, paid speeches, paid deals, getting personal calls from Vladimir Putin."

The Washington Post's piece ends with, "Mr. Trump appears to be doing his best to confuse the public about the facts and to prevent the truth from coming out. That, of course, is Russia's agenda — and it is the strangest and most suspicious aspect of his presidency."