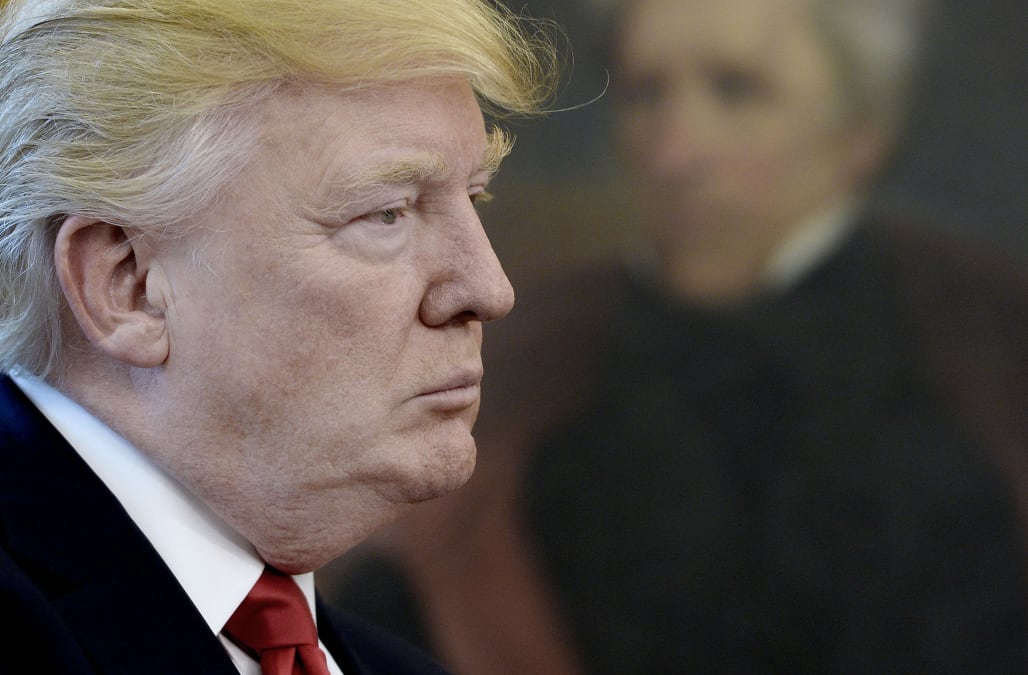 President Donald Trump on Saturday morning called for NBC News, and "sleepy eyes" Meet the Press host Chuck Todd, to stop covering the "the Fake Trump/Russia story" and instead focus on "the Obama SURVEILLANCE SCANDAL."

Trump's Saturday morning jab at the press over its coverage of Russia's potential interference in the 2016 election comes a little over a week after FBI director James Comey confirmed that links between Trump's campaign and Moscow have been under investigation since July 2016,

And also just days after Trump's former national security adviser Michael Flynn asked for immunity from prosecution in exchange for testifying in Russian probe of possible links between the campaign and Russia.

Click through reactions to reports of possible Trump collusion with Russia:

"It is the same Fake News Media that said there is 'no path to victory for Trump' that is now pushing the phony Russia story. A total scam!" added the president shortly after his first tweet.

While it's unclear what exact piece of coverage triggered the president to tweet on Saturday morning, Chuck Todd on Friday had on top Washington lawyer Abbe Lowell and Josh Earnest, former Obama press secretary, about the latest Russia developments.

When will Sleepy Eyes Chuck Todd and @NBCNews start talking about the Obama SURVEILLANCE SCANDAL and stop with the Fake Trump/Russia story?

Todd responded to the president's insult aimed at his "sleepy" appearance by quipping, "For those wondering, I slept well even tho I stayed up late watching the #msstate upset of UConn. #cowbell. Don't feel sleepy at all though."

According to the FBI Director there is "no information" validating Trump's accusation, however Trump and the White House have stood by the original claim.