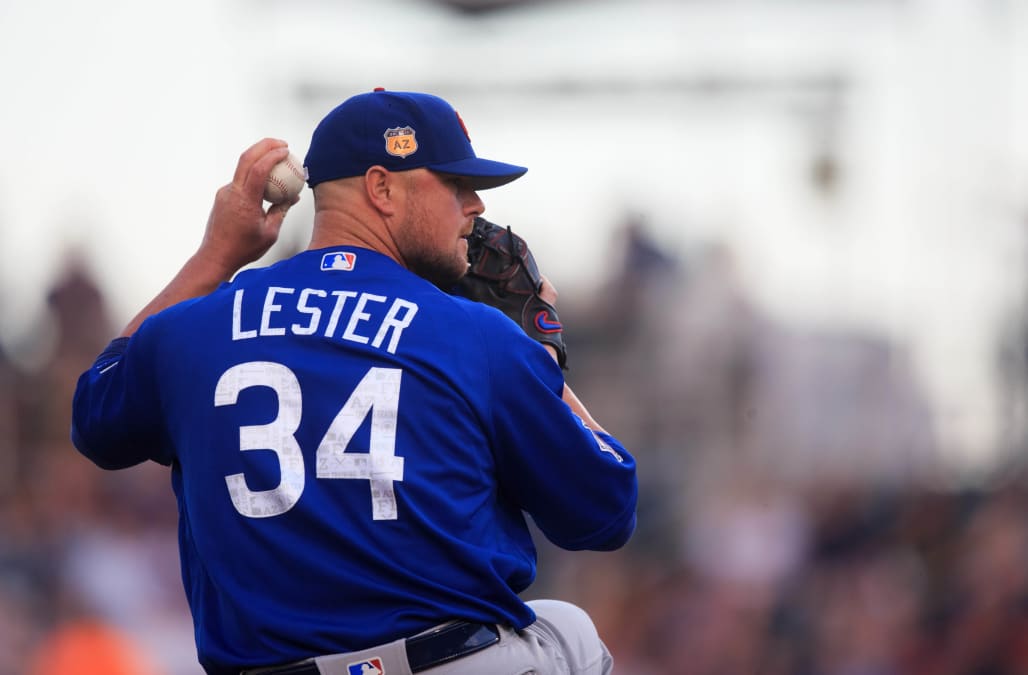 The crack of the bat, the roar of the stands -- America's pastime is back, and a few teams are already favored for successful runs come October baseball.

It likely comes as no surprise that teams like the defending World Series champion Chicago Cubs and their opponent in that historic series, the Cleveland Indians, start the series as heavy favorites -- but a few other teams are poised to see success this season, according to Vegas oddsmakers.

See every MLB team's odds of going the distance and winning the 2017 World Series Championship this year:

The Cubs squad starts the MLB season tied with the American League's Boston Red Sox for the best current odds, as of March 31. Both teams' odds stand at +450, per Bovada, while the Cubs' Westgate Las Vegas odds are set at 7-2 as of March 31, while the Red Sox are at 7.

The Chicago Cubs made history last season when they ended a 108-year World Series drought, winning it all against the Cleveland Indians in an epic seven-game series. In 2017, the Cubs are expected to dominate yet again, backed by the hitting power of players like Kris Bryant and Anthony Rizzo and a studded pitching lineup that includes Jon Lester, Jake Arrieta and Kyle Hendricks.

The Chicago Cubs are also favored at +175 to win the National League pennant, but it looks like the Boston Red Sox might give them a run for their money if it comes down to a Cubs-Red Sox World Series.

In looking to fill the roster hole left in the wake of longtime power man and designated hitter David Ortiz's retirement, the Red Sox have moved Hanley Ramirez from first base to the DH spot, swapping in newly-signed Mitch Moreland at first base. Ramirez ended 2016 with 30 home runs and a .286 batting average.

The Boston team, led by head coach John Farrell, starts the season with +225 odds to win the American League pennant.

Other favored teams include the Washington Nationals, Cleveland Indians and Los Angeles Dodgers. The first games of the 2017 MLB season will be played on Sunday, April 2 and Monday, April 3 -- with 15 divisional matchups over the course of those two days.

More from AOL.com:
43-year-old Ichiro Suzuki on what he will do when he finally retires years from now: 'I think I'll just die'
How MLB organists bounced back after piping down
Tim Tebow totally flops against pros in Spring Training debut