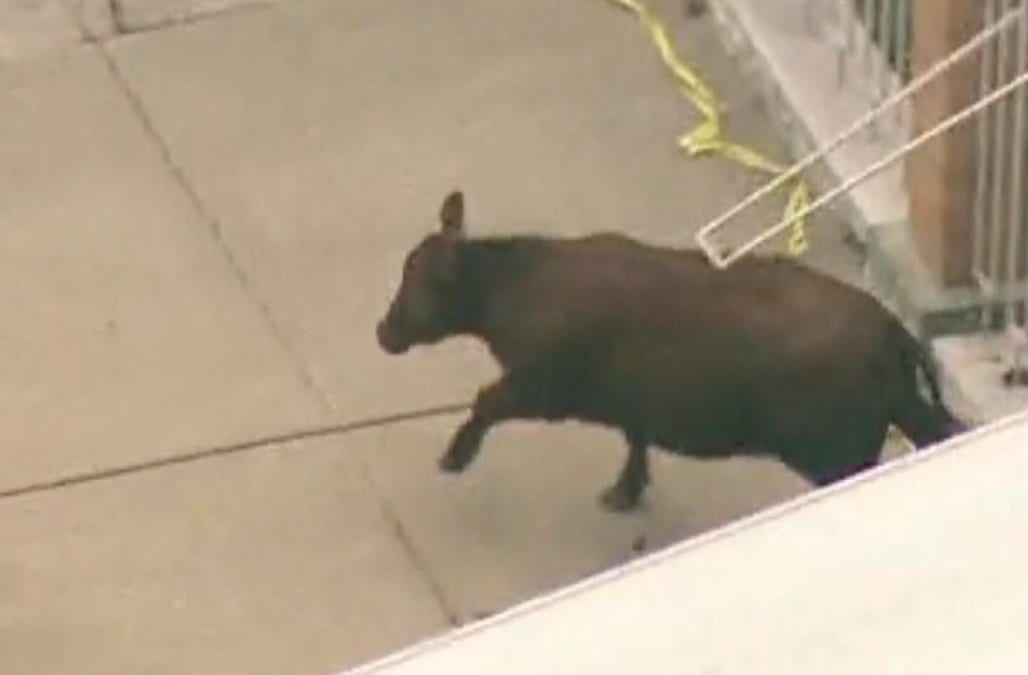 The livestock were loose on the streets of St. Louis as six cows broke out of a slaughterhouse.

Read: Cow Who Ran Through Streets of NYC After Escaping Slaughterhouse Gets a New Home

The bovine escaped from the Star Packing Co. Thursday afternoon through an unsecured door.

"I was in shock, I didn't know cows were in St. Louis, [not] in the city anyway," a witness told KMOV.

In addition to the eyewitnesses who stopped to watch as the scene played out, officials said the cows disrupted traffic as police tried to chase them down.

Four cattle out of the herd were quickly corralled, but it seemed the final two enjoyed the taste of freedom too much to go quietly.

Read: Good Samaritan Helps Rescue a Pregnant Cow That Got Stuck in a Pond

Officials said no one was hurt in the process.