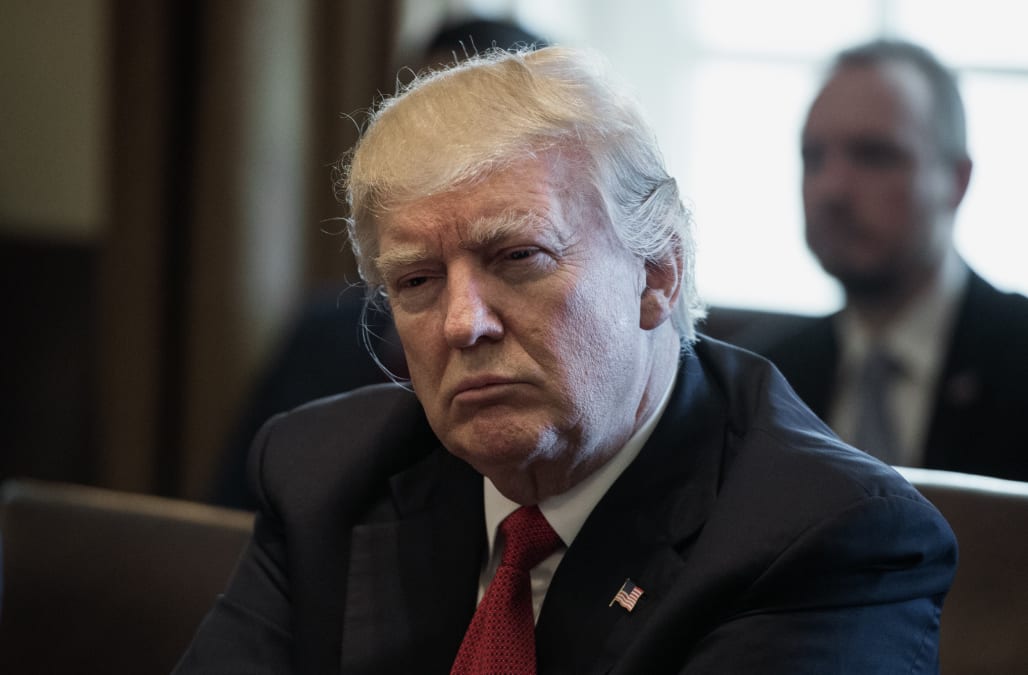 Throughout his 2016 campaign and now into his presidency, Donald Trump has experienced quite a bit of support from certain fringe areas on the internet. But after the House voted on Tuesday to block an Obama-era online privacy rule, even his most ardent backers are now demanding a return on investment.

"It's been fun up to now. We need to be critical of him too if he helps sell us out," reads a top comment on Trump's non-official, and highly controversial, Reddit forum (or subreddit) /r/The_Donald.

Outrage erupted from both sides of the political divide after the House sent a bill to the president that if signed would no longer require internet providers to obtain consumer consent before using precise geolocation, financial information, health information, children's information and web browsing history for advertising and marketing.

Reactions to GOP passing repeal of Obama privacy rule
House Republicans: We can't release Trump's taxes, we must protect his privacy Also House Republicans: Here's everyone's browsing data
So according to Republicans voting today: Trump's taxes need privacy protection but your internet privacy doesn't.
Russia hacked us to help elect Trump. In other news, the GOP just put your internet privacy up for sale & blocked data breach protections.
Lot of anger at congressional GOP and Trump for rolling back the ISP privacy rule. Legacy civil rights groups are on the wrong side as well.
Republicans just voted to strip you of online privacy protections. How does this Make America Great Again?
So Obama protected our internet freedom and under Trump the GOP just killed your privacy rights. Hope that's what you wanted, Trump voters
If Trump doesn't veto this garbage it will be clear he's no different than the swamp creatures he rails against. Pay close attention people
Up Next

Outrage from both the opposition to Trump and Republicans could be expected surrounded the repeal of an Obama-era rule, but some of Trump's harshest criticism, and boldest ultimatums, regarding internet privacy can be found in online spaces that normally function as a refuge for Trump supporters.

"WE MUST MEME THIS INTO REALITY!"

On /r/The_Donald alone there are right now over 15 independent threads calling for the president to veto the bill — and that number seems to be climbing by the minute. "Presidnet [sic] Trump should veto this "removal of internet privacy" bill. Its [sic] crazy!" reads one post title.

Some users are even questioning if they should continue to back the president if he doesn't block the bill. "So what do we do if Trump doesn't veto? Do we still support him?"

"WE MUST MEME THIS INTO REALITY!" reads another post, as some users plot to use their own internet savviness to push their concerns to the president's desk in hopes of getting the bill vetoed.

While there's a considerable amount of panic in pro-Trump circles around the new bill, some supporters are still willing to put their faith in the new administration. "I think I'll trust Trump's call on it. His people will be looking over all this stuff," said another User on Reddit.

For a group of members usually singing Trump's praises in unison, /r/The_Donald is now seemingly divided on whether to challenge the president over issues like anonymity and privacy, or continue to back the Trump administration--potential impact on their community withstanding.

The White House said on Tuesday that President Trump is strongly in support of the repeal, and he is expected to sign the bill into law. White House press secretary Sean Spicer said during a Wednesday briefing that the administration will provide more information once the time comes for the bill to be signed by the president.