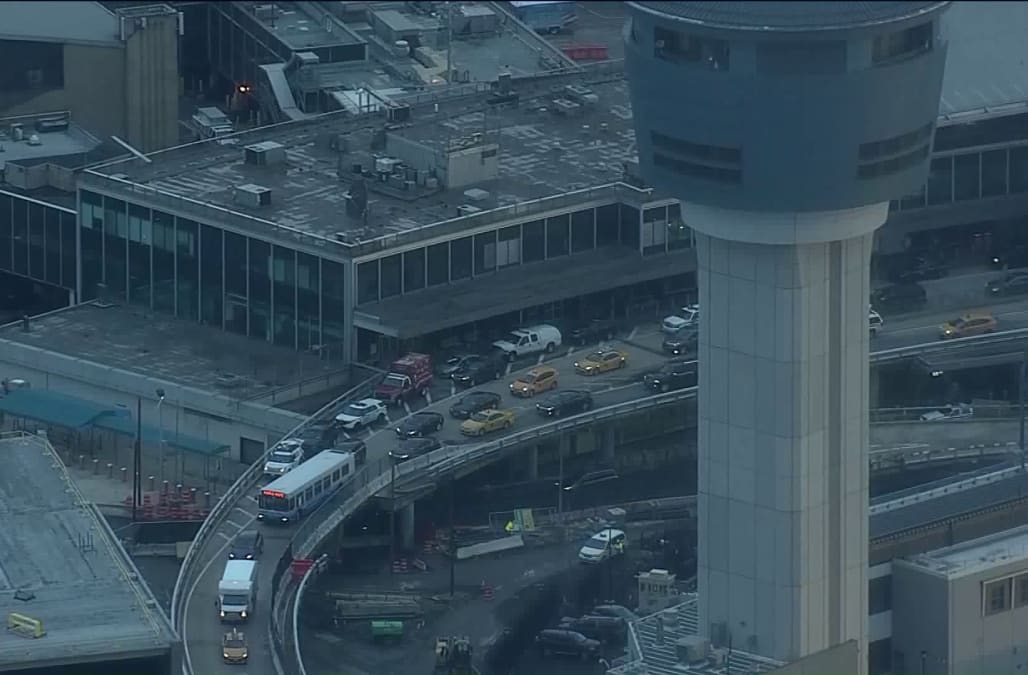 QUEENS (WPIX) — Three people were injured by an unknown hazardous material at LaGuardia Airport Wednesday morning, according to FDNY.

Fire officials responded to a report at 5:46 a.m. that people were sick at the airport, FDNY said.

First responders discovered three people had been injured by a hazardous material at Terminal B, fire officials said.

FDNY is evaluating the substance.

Airport officials have not commented on the situation, but did tweet that Terminal B customers should use the lower roadway and allow for extra time.

This is a developing story; check back for updates and get the PIX11 News app to stay informed all day.