The next state to legalize medical marijuana could be...Nebraska? 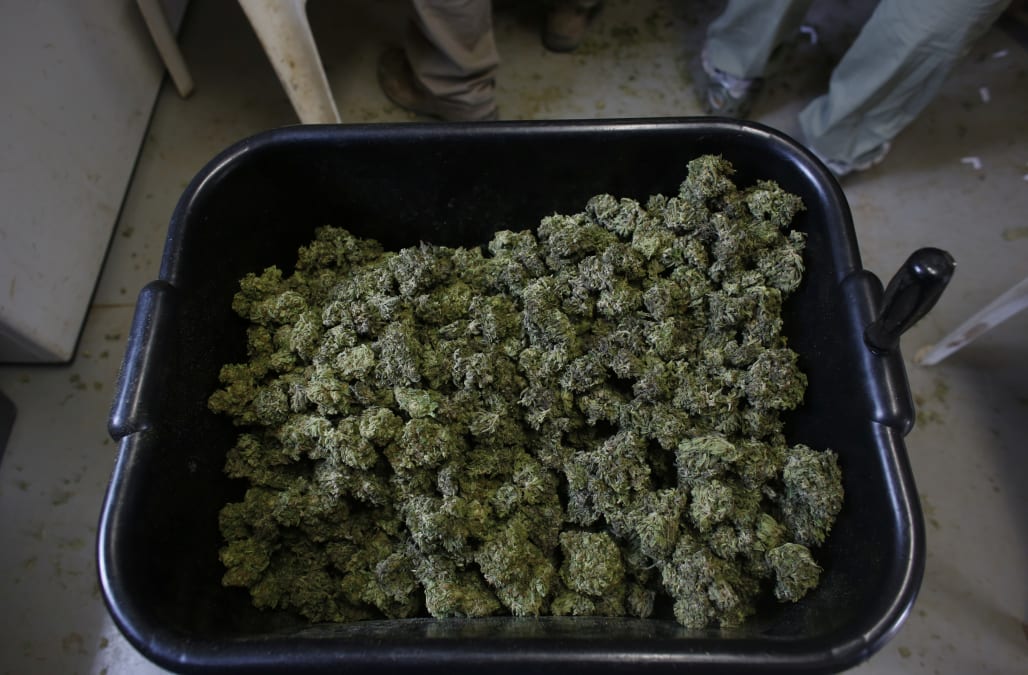 When it comes to high-growth industries, there's very little, if anything, that can top the marijuana industry. In just 21 years' time, more than half of the country has legalized access to medical cannabis, and over the past four-plus years, we've witnessed eight states (along with Washington, D.C.) legalize recreational pot.

This expansion has led to some very large dollar figures being thrown around. In Colorado, sales of legal weed totaled more than $1.3 billion, representing a greater than 30% jump from the $996 million reported in 2015. Recreational marijuana sales accounted for $875 million, with medical cannabis totaling roughly half of what was sold on the recreational side of the equation in 2016. This led Colorado to collect nearly $200 million in tax and licensing revenue.

An even more robust growth story is expected in California, which is one of the largest economies in the world. Once the state OK's the sale of recreational marijuana licenses in dispensaries, which is expected to happen in 2018, pundits expect it to collect about $1 billion (with a "b") in extra tax revenue each year.

These incredible dollar figures are what lure in new businesses and investors, and they're what keep our eyes firmly locked on which states could be next to legalize recreational and/or medical marijuana.

The next state up is...Nebraska?

For the time being, with elections still quite far away, any chance for the passage of recreational or medical marijuana legalization is likely to come from a state's legislature. Out of all of the states that could be working a marijuana bill through their legislature at the moment, most people might be shocked to learn that Nebraska may be next on the list with a bill to legalize medical cannabis.

Check out the marijuana legalization laws by state:

According to Live Well Nebraska, the state's Judiciary Committee last week advanced Legislative Bill 622, which would legalize medical marijuana in Nebraska. If approved, the bill would allow medical cannabis to be prescribed for 19 different ailments, but it would not allow for patients to smoke cannabis or grow cannabis plants in their homes. Pills, oils, liquids, lotions, or inhalation through vaporizers would be the only acceptable delivery methods per L.B. 622.

This bill could be an intriguing battleground for medical marijuana because it would pit the populous vote of the American public against one of just two groups of people who are still opposed to the expansion of marijuana (albeit in recreational terms).

According to a recently released poll from Quinnipiac University, 93% of Americans want to see medical marijuana legalized nationally, compared to just 6% who opposed the idea. On the other hand, Republicans are just one of two groups of people (seniors being the other) who oppose the nationwide legalization of marijuana. Nebraska is decidedly a red state that regularly leans Republican. In other words, it could lean either way at this point.

However, regardless of what happens in the coming weeks and months in Nebraska, the bigger-picture outlook for the cannabis industry is getting cloudier.

Last month, White House Press Secretary Sean Spicer told the media that the Trump administration wasn't going to be as lax as the Obama administration was when it comes to enforcing federal marijuana laws. Trump, an avid supporter of medical marijuana during his campaign, doesn't appear as if he'll use federal law to take medical cannabis away from states that have chosen to legalize it. But, it does appear that he may renege on his pot pledge to allow the states to dictate whether or not to legalize recreational marijuana.

Admittedly, we're missing a lot of details at this point. Spicer has said that the Trump administration plans to get tougher with recreational marijuana enforcement, which isn't a surprise given that ardent marijuana opponent Jeff Sessions was appointed as the U.S. Attorney General. This enforcement could merely mean a step-up in state-level regulations, or it could be a full crackdown on recreational legalization. It's really anyone's guess at this point.

Beyond Spicer's comments, medical marijuana approvals may also be plateauing. The plus side for medical patients is that 28 states have legalized medical cannabis. The downside is that quite a few of the remaining states (including Nebraska) have a Republican majority in charge, meaning they're less likely to consider approval.

Despite legal marijuana's exceptionally strong growth potential (more than 23% per annum through 2026, according to Cowen & Co.), the aforementioned hurdles the cannabis industry is facing provide all the more impetus for investors to keep their distance from marijuana stocks. If the industry's expansion opportunities are limited, its rapid growth estimates may not be achievable.

Marijuana's schedule 1 status at the federal level pretty much ensures that most pot-based companies aren't able to secure basic banking services, such as a checking account or line or credit, which forces them to deal solely in cash. This is a major security concern and an inhibitor of industry growth.

Likewise, cannabis businesses are unable to take normal tax deductions. Tax code 280E disallows businesses that sell federally illegal substances from taking corporate tax deductions, meaning these businesses have to part with more of their profit than a "normal" business.

Long story short, keep your eyes on Nebraska but your money safely on the sidelines.

David and Tom just revealed what they believe are the 10 best stocks for investors to buy right now...and Wal-Mart wasn't one of them! That's right -- they think these 10 stocks are even better buys.

More from The Motley Fool:
15 Things You Need to Know Before Investing in Marijuana Stocks
More Than a Quarter of Americans Would Substitute Marijuana for Beer, New Survey Shows
More Marijuana Sales Taxes Are Coming