Nunes backs down from assertion Trump was monitored 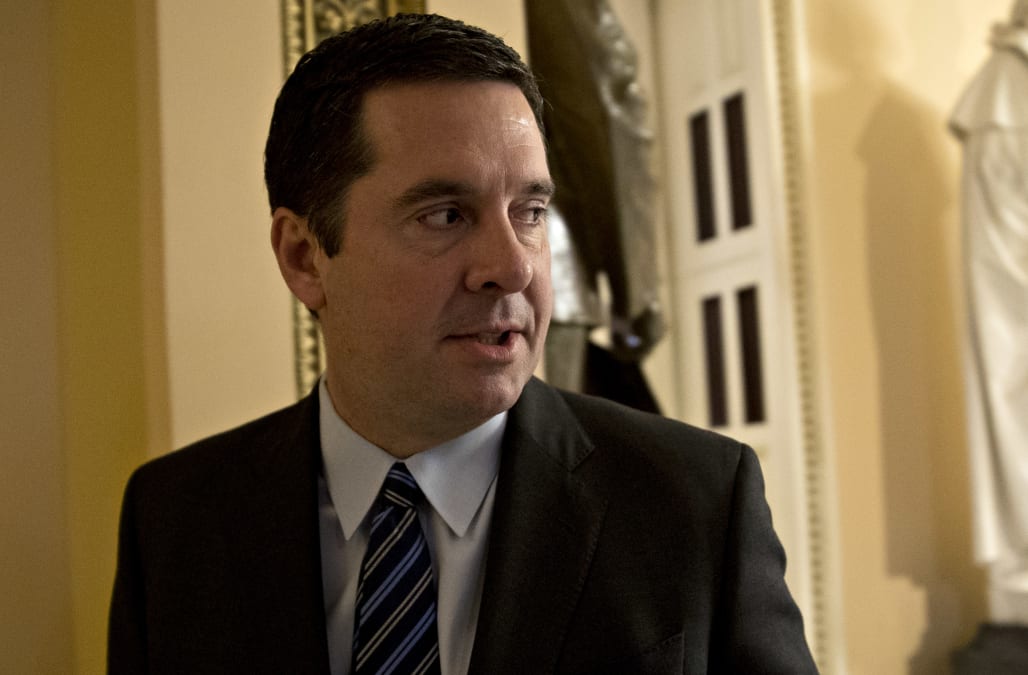 The chairman of the House Intelligence Committee has backed down from his dramatic assertion that Donald Trump and his aides were "monitored," by U.S. spies — a claim the Republicans have cited this week in emails to loyalists.

Rep. Devin Nunes told reporters Friday he can't be sure whether conversations among Trump or his aides were captured in the surveillance that has become a source of controversy since Nunes made it public in two news conferences this week.

"He said he'll have to get all the documents he requested from the (intelligence community) about this before he knows for sure," his spokesman, Jack Langer, said earlier.

Nunes continued to refuse to say how he had learned about the surveillance, including whether his source was in the White House.

Langer asserted that Nunes did not explicitly say Trump was spied on when he briefed reporters Wednesday that he was "very concerned," that "the intelligence community incidentally collected information about American citizens involved in the Trump transition."

As for Trump's assertion that Obama wiretapped him, Nunes repeated Friday what he has said previously, telling reporters, "That didn't happen."

However, Nunes on Wednesday had left an impression — widely repeated in the news media — that the conversations of Trump and his aides were picked up by American spies.

"I have seen intelligence reports that clearly show the president-elect and his team were at least monitored and disseminated out," Nunes told reporters.

On Thursday, the Republican Congressional Campaign Committee sent out an email about Nunes' remarks with the subject line, "Confirmed: Obama Spied on Trump."

Nunes himself said he wasn't making that claim — he said the surveillance was legal and there was no wiretap of Trump Tower. But those sorts of assertions by Republicans raised the question about whether what Nunes did was intended to give Trump cover for his discredited claim that Obama "wiretapped" him.