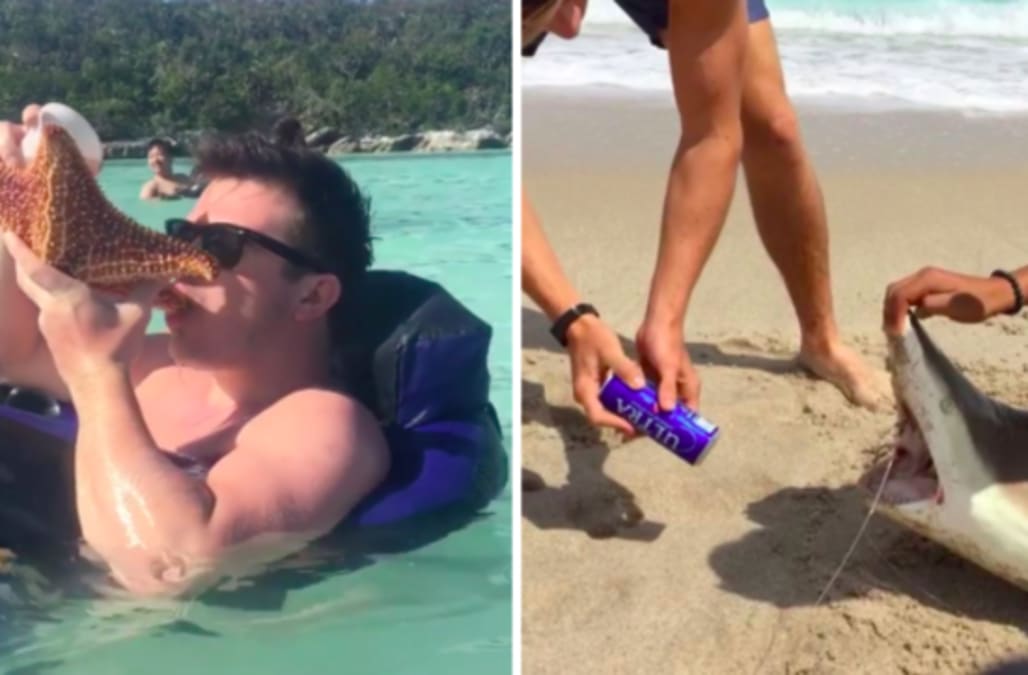 Spring breakers appear to be using defenseless animals as tools to drink alcohol.

Total Frat Move Instagram
Taking time out to enjoy the wildlife on spring break. #TFM
The starfish luge.
The shark shotgun.
Up Next

A video of a man "shotgunning" beer on a shark's mouth was shared to Total Frat Move's main Instagram, and has received over 600,000 views.

Comments on the videos are split between encouraging and condemning the behavior. "Just another idiot that thinks abusing an animal makes him cool," one commenter said. "People who thinks this is funny are trashy, ignorant, idiots. Animal abuse does not make you cool."

Someone else came to the vacationers' defense: "It's a shark...One of the toughest animals in the sea. He out there swimming right now not caring about this post or these comments."

Other videos posted display a man pouring his drink onto a starfish, and another of a man carrying around a seagull.

Criticism for these videos came shortly after another spring break controversy. Last week, American spring breakers received backlash for chanting "Build that wall" -- referencing President Trump's promise of a wall on the Mexico-U.S. border -- while in Cancun, Mexico.