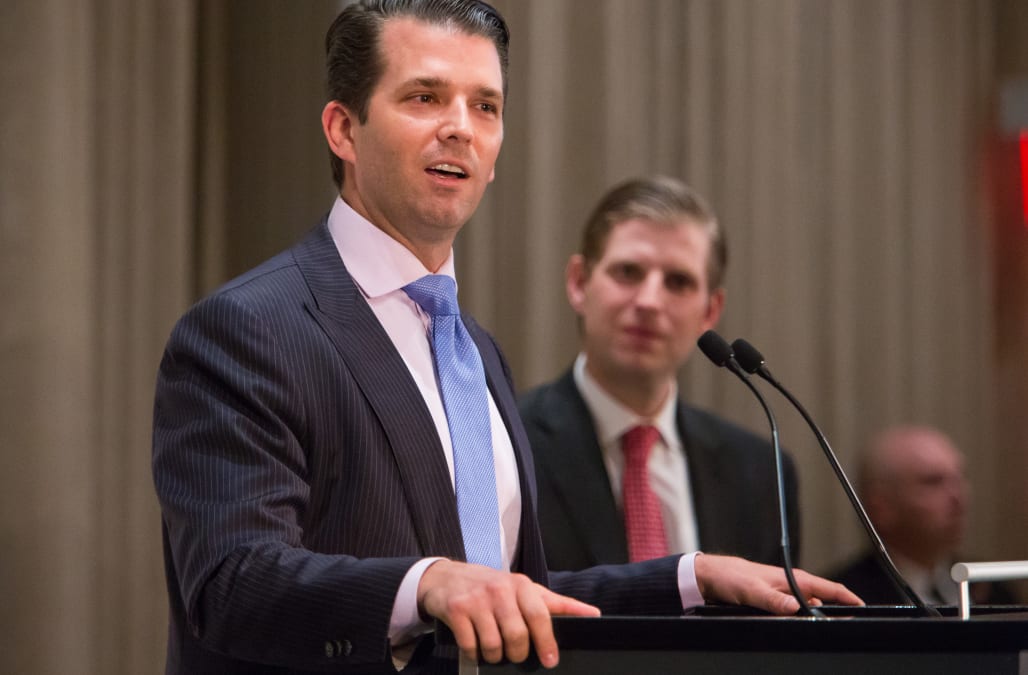 Moments after what police are calling a "terrorist incident" in London on Wednesday, President Donald Trump's oldest son posted a tweet that had social media users up in arms.

Donald Trump Jr., 39, shared a Telegraph article from Sept. 22, 2016. The headline says the mayor of London, Sadiq Khan, said dealing with terror attacks is "part and parcel" of living in a major city.

You have to be kidding me?!: Terror attacks are part of living in big city, says London Mayor Sadiq Khan https://t.co/uSm2pwRTjO

Though it seems Trump's intent was to call out the insensitivity of the mayor for making such a blunt statement, Twitter users are criticizing Trump for taking the quote out of context. It's part of a larger statement about the importance of vigilance, not an order to become complacent with terror.

Is this helpful @DonaldJTrumpJr? Did you even read the article before goading London's Mayor during a live incident?https://t.co/Sm68UOcJQG

Headline is based on very first sentence, which if you'd bothered to read it could apply to any major city in the world. Key word: "threat" pic.twitter.com/u2S9WA7yoA

Another Twitter user criticized the way Trump leveraged the quote, saying that the mayor's intent was to say that attacks don't stop residents from living their lives.

Khan is right. These things happen. We fight against them. But we don't wildly over-react or let them change our way of life

Another criticized how Trump decided to post the article just moments after the horrifying attack.

how DARE you post this as if he said it today.

Most seem to agree that Trump missed a crucial part of the quote -- the word "threat." They find the threat of terrorism to be a part of city life -- not the act itself.

The headline does not include the essential word, but the first sentence of the story does.

He didn't say that. He said the THREAT was part and parcel of living in a big city.

Donald Trump Jr.'s tweet labeled tone deaf in wake of London attack
@C4Ciaran does it matter if the word threat is even part of that sentence? It still implies that 'deal with it'. SMH
@DonaldJTrumpJr Yep, same in the 90s when white people were doing the attacking. Londoners like freedom, don't scare easily. How about you?
@DonaldJTrumpJr https://t.co/uwS2YUgGIZ
.@DonaldJTrumpJr Can I interest you in reading the article beyond the headline?
Up Next