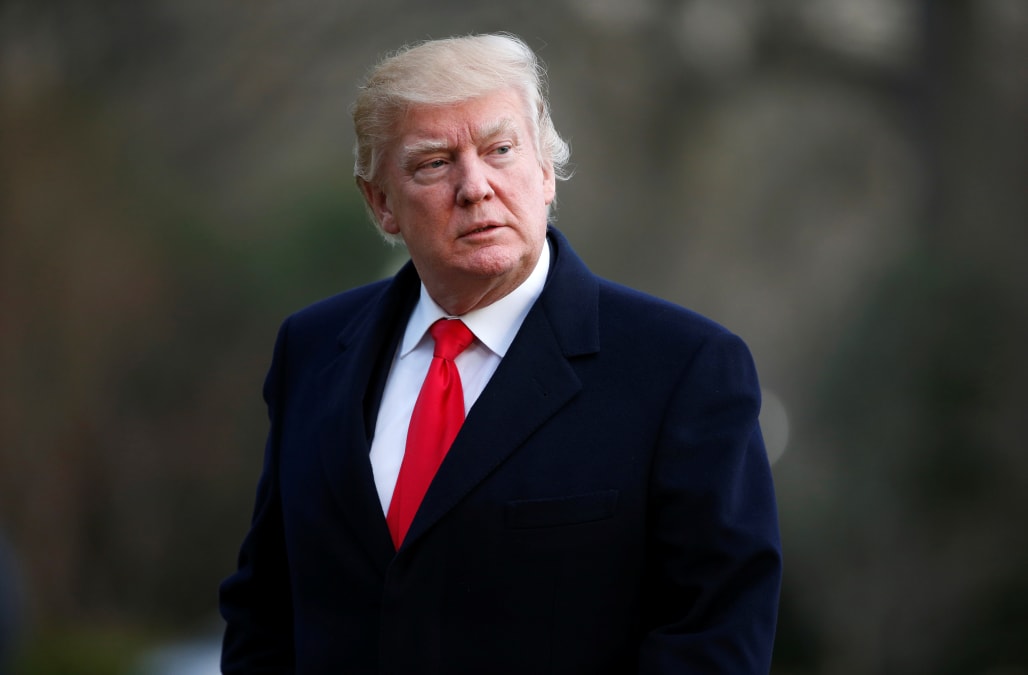 President Donald Trump appeared to dismiss questions surrounding his campaign's ties to Russia ahead of a congressional hearing Monday, calling the story "FAKE NEWS" in a series of early-morning tweets.

"James Clapper and others stated that there is no evidence Potus colluded with Russia," Trump tweeted. "This story is FAKE NEWS and everyone knows it!"

Clapper told NBC's "Meet the Press" earlier this month that the report the intelligence agencies compiled on Russian meddling in the US election did not include evidence that the Trump campaign illegally conspired with Russian operatives.

"We did not include any evidence in our report — and I say, 'our,' that's NSA, FBI, and CIA, with my office, the Director of National Intelligence — that had anything, that had any reflection of collusion between members of the Trump campaign and the Russians," he said. "There was no evidence of that included in our report."

In a follow-up tweet Monday morning, the president claimed Democrats "made up and pushed the Russian story" to explain Democratic nominee Hillary Clinton's loss in the presidential election.

"The Democrats made up and pushed the Russian story as an excuse for running a terrible campaign," Trump tweeted. "Big advantage in Electoral College & lost!"

Trump also called on Congress and the US intelligence community to look into classified-information leaks, tweeting: "The real story that Congress, the FBI and all others should be looking into is the leaking of Classified information. Must find leaker now!"

FBI Director James Comey and National Security Agency Director Adm. Mike Rogers are set to publicly testify Monday about their investigations into possible links between Russia and Trump's campaign, as part of the House Intelligence Committee's investigation into allegations that Russia meddled in US elections.

NOW WATCH: Trump's close friend of 40 years explains what he has in common with Richard Nixon