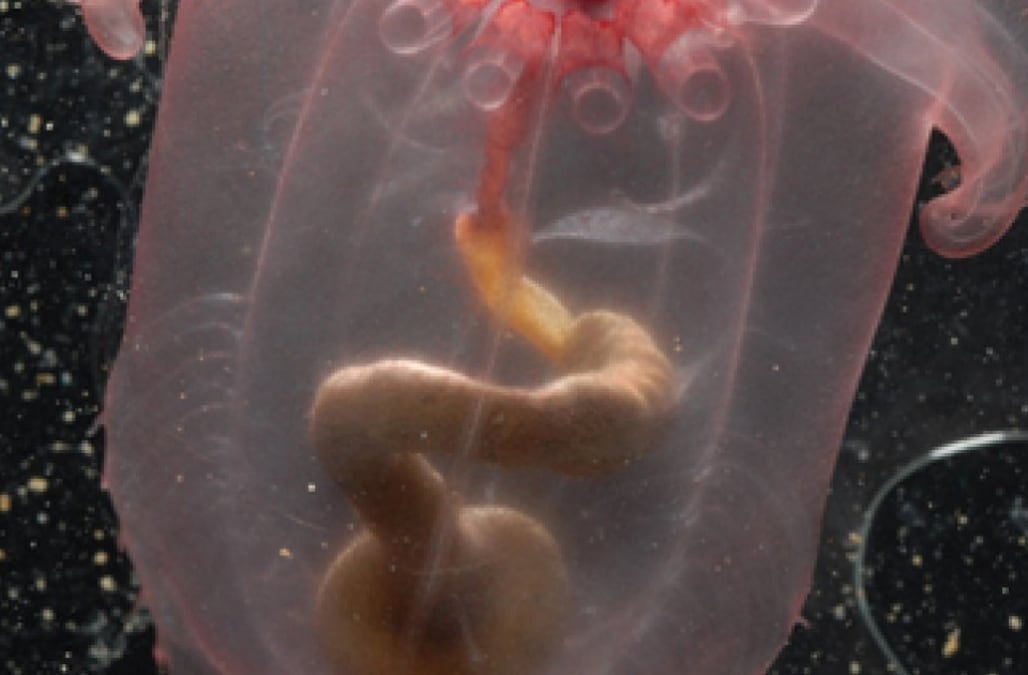 The Enypniastes eximia, also dubbed the "Pink See-Through Fantasia," was a previously unknown member of the swimming sea cucumber species up until recent discovery.

The creature was discovered in 2007 by a team of marine biologists about 2,500 meters deep in the Celebes Sea in the western Pacific Ocean.

WHOI biologist Larry Madin and his team of scientists and photographers came across the creature while on an expedition to explore biodiveristy in the Celebes Sea, supported by the National Oceanic and Atmospheric Administration.

A living example of too much information, the pink creature earned its name for its transparent skin that clearly displays a show-stealing arrangement with its intestines, mouth and anus entirely visible from its outside.

The sea cucumber, like other bioluminescent animals, is able to emit light. It uses this effect as an alarm to expose its self and potential predators in times of an attack.

There still remains much more for experts to learn about the creature to date.

See a video of the insane creature below:

More from AOL.com:
Bizarre 'vampire squid from hell' feeds off corpses of sea creatures
Scientists are perplexed by unusual sightings of hundreds of humpback whales together
Researchers announce discovery of first fluorescent frog