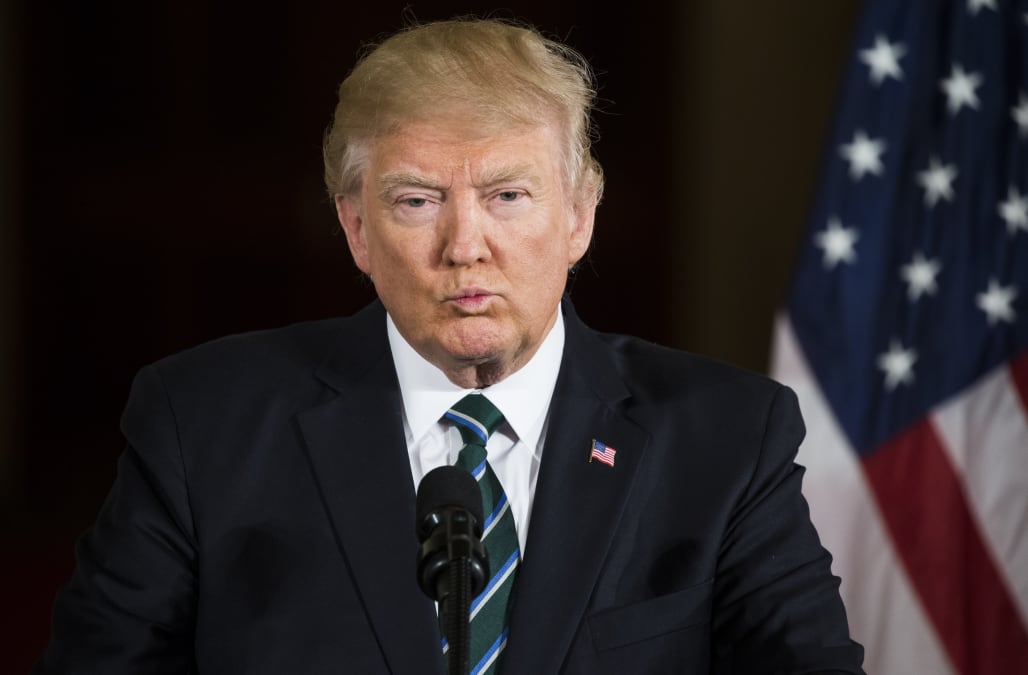 President Donald Trump's job approval rating dropped to a new low over the weekend, as the president continues to grapple with healthcare reform, a travel ban, and wiretapping allegations against former President Barack Obama.

At 37 percent, Trump's approval is now at the lowest point of his presidency so far, according to the latest Gallup poll. His previous bottom number was 38 percent, which Trump hit back in mid February.

SEE ALSO: Trump: Running against Elizabeth Warren in 2020 would be a 'dream'

To put Trump's numbers in perspective, at the same point during his first term, President Obama's approval rating was between 62 and 63 percent, according to Gallup polling -- nearly a 25-point difference.

Click through Republican reactions to the American Health Care Act:

Trump has already hit a lower approval rating than his predecessor ever did, as Obama's numbers never dipped below 40 percent during his presidency, according to Gallup.

Trump's rocky handling of health care may be playing driving the lower approval ratings. According to the same FOX News poll, only 35 percent of Americans approve of how he's dealt with health care thus far.

With half of U.S. citizens now viewing Obamacare favorably, according to the same FOX News survey, Trump and Congressional Republicans find themselves fighting to repeal and replace a law many Americans seem to be having a change of heart about.

The House is expected to cast its first vote on the Obamacare repeal legislation this week.

Only 7 percent of those polled by FOX News want Trump to tackle health care before creating jobs or cutting taxes.