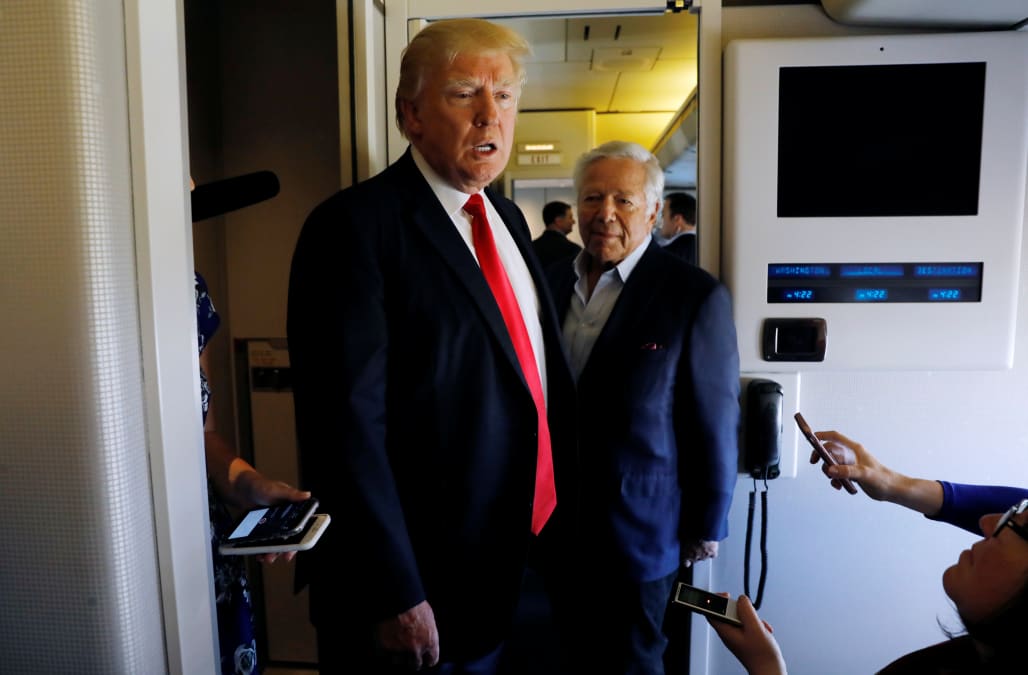 WASHINGTON — Despite denials from some top intelligence officials that there was any evidence of collusion between associates of Donald Trump's presidential campaign and Russian operatives while Moscow tried to interfere with the 2016 election, Rep. Adam Schiff on Sunday defended the House Intelligence Committee continuing to look into the matter.

Two weeks ago on "Meet The Press," James Clapper, the Director of National Intelligence under President Obama, denied that any evidence of such collusion existed while he oversaw the work of U.S. intelligence agencies. The Trump administration has also reiterated those denials.

But this Sunday on "Meet The Press," Schiff, D-Calif., told host Chuck Todd, "I was surprised to see Director Clapper say that because I don't think you can make that claim categorically as he did. I would characterize it this way at the outset of the investigation: There is circumstantial evidence of collusion. There is direct evidence, I think, of deception and that's where we begin the investigation."

Schiff is the ranking Democratic member on the House Permanent Select Committee on Intelligence.

"There is certainly enough for us to conduct an investigation," he added. "The American people have a right to know and in order to defend ourselves, we need to know whether the circumstantial evidence of collusion and direct evidence of deception is indicative of more."

Rep. Devin Nunes, R-Calif., the chair of the House Intelligence Committee, seemed to contradict this, repeating on Fox News Sunday that he hasn't seen any evidence of collusion between Russians and Trump associates.

"I'll give you a very simple answer: 'No,'" he said. "Up to speed on everything I have up to this morning, there's no evidence of collusion."

On Monday, the House Intelligence Committee will hold a hearing on Russian attempts to interfere with the 2016 election. Schiff noted that the committee's inquiry has a broad scope examining various techniques and methods Russia used.

"I think people need to understand we are in a global war of ideas," Schiff said. "It's not communism versus capitalism but it is authoritarianism versus democracy and Putin is very much at the vanguard of that autocratic movement, and that ought to concern all of us."

The congressman has been briefed on matters related to Trump's still-unsubstantiated accusation that former President Obama ordered a wiretap of Trump Tower before the election. The White House has not offered any evidence to support this claim, first tweeted by Trump two weeks ago, and instead has asked Congress to investigate. A spokesperson for President Obama roundly rejected the idea.

Schiff on Sunday said there was still no evidence to support Trump's accusation, responding to comments made by Sen. Susan Collins, R-Maine, in an earlier interview on "Meet the Press."

Collins said she wanted to "get to the bottom of this before saying what should be done," adding, "I don't know the basis for President Trump's assertion. And that's what I wish he would explain to us on the Intelligence Committee and to the American people. And I do believe he owes us that explanation."

Schiff countered, "Once again, no evidence to support the president's claim that he was wiretapped by his predecessor. And you know what, I have a lot of respect for Susan Collins but I have to differ with her on this — 'We need to get to the bottom of this.' We are at the bottom. There is nothing at the bottom."

"I hope that we can put an end to this wild goose chase because what the president said was just patently false, and the wrecking ball it created now has banged into our British allies and our German allies," Schiff added. "It's continuing to grow in terms of damage and he needs to put an end to this."

When Collins was asked by Chuck Todd whether or not she can take the president at his word, she responded, "Yes."

"I mean, do I think the president gets everything right? No," she continued. "But I want President Trump, just as I've wanted every other president, to be successful. Because he is America's president. Now that doesn't mean that I support his policies, and it doesn't mean that I'm going to be with him when I think he's wrong, or has misstated what the facts are.