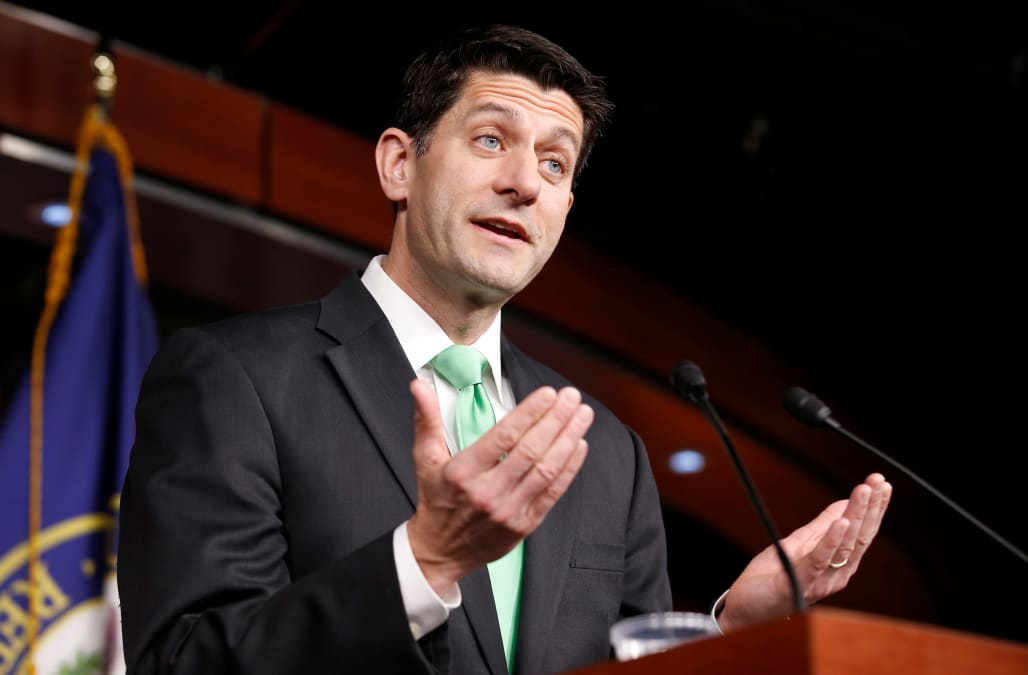 By Susan Cornwell and Valerie Volcovici

WASHINGTON, March 19 (Reuters) - U.S. House Republicans are working on changes to their healthcare overhaul bill to provide more generous tax credits for older Americans and to add a work requirement for the Medicaid program for the poor, U.S. House Speaker Paul Ryan said on Sunday.

Ryan said Republican leaders still plan to bring the healthcare bill to a vote on the House of Representatives floor on Thursday. Speaking on the "Fox News Sunday" television program, he added that leaders were working to address concerns that had been raised by rank-and-file Republicans to the legislation.

"We think we should be offering even more assistance than the bill currently does," for lower-income people age 50 to 64, Ryan said of the tax credits for health insurance that are proposed in the legislation.

Ryan also said Republicans are working on changes that would allow federal block grants to states for Medicaid.

Republicans remain deeply divided over their U.S. healthcare overhaul, which is President Donald Trump's first major legislative initiative and aims to fulfill his campaign pledge to repeal and replace Obamacare, the healthcare program of his Democratic predecessor Barack Obama.

Trump has been wooing lawmakers to vote for the bill. He won the backing of a dozen conservative lawmakers on Friday after an Oval Office meeting in which the president endorsed a work requirement and block-grant option for Medicaid.

But there are still holdouts. While Ryan said he felt "very good" about the health bill's prospects in the House, a leading conservative lawmaker, Representative Mark Meadows, told the C-Span "Newsmakers" program that there were currently 40 Republican "no" votes in the House. Republicans hold a majority in the chamber but cannot afford to have more than 21 defections for the measure to pass.

Meadows, a North Carolina Republican, told C-Span's "Newsmakers" the changes being considered for the Medicaid program would not go far enough, if they left it up to states to decide whether to put in place a work requirement.

Even if the healthcare bill were to pass the House, it also would face significant challenges in the Senate.

Senator Tom Cotton, a conservative Arkansas Republican, said that the bill would not reduce premiums for people on the private insurance market. "It's fixable, but it's going to take a lot of work," Cotton said on CNN's "State of the Union."

Moderate Republicans have also expressed concerns about the bill, and their worries are often not the same as that of conservatives.

Speaking on NBC's "Meet the Press," Republican Senator Susan Collins of Maine worried the bill would harm older Americans, and shift Medicaid costs to states -- something critics say a block-grant approach would only make worse.

Collins said coverage issues must also be dealt with, citing a report from the Congressional Budget Office that said 14 million people would lose health coverage under the House bill over the next year and 24 million over the next decade.

When the draft of the health care bill was released earlier this month, the BlueCross BlueShield Association, which represents BCBS insurers that cover the vast majority of the about 10 million people enrolled in 2017 Obamacare plans, emphasized the need for the replacement to be affordable.