Tillerson finally speaks: 'The threat of North Korea is imminent' 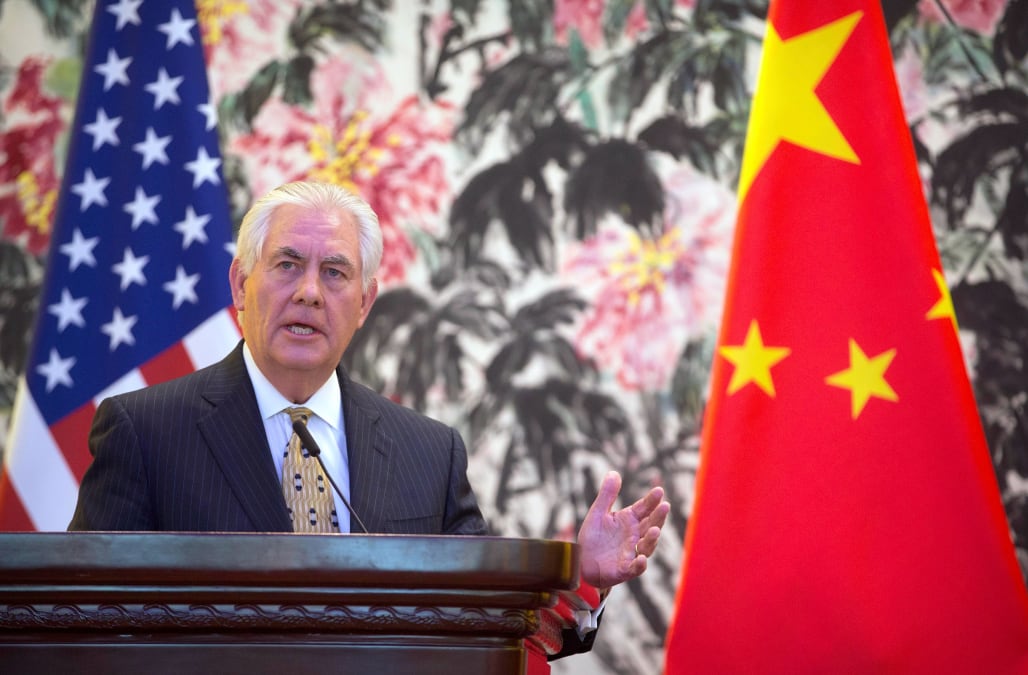 Secretary of State Rex Tillerson, in his first sit-down interview since assuming his role as the nation's top diplomat, addressed a number of pressing issues regarding the US' role in the global order, the Korean peninsula, the precarious situation with North Korea, the US-China alliance, and his relationship with the press.

During the start of the interview, conducted by the right-leaning Independent Journal Review, Tillerson addressed recent media reports that he cut his trip to South Korea short because of "fatigue."

"[The South Korean government] never invited us for dinner, then at the last minute they realized that optically it wasn't playing very well in public for them, so they put out a statement that we didn't have dinner because I was tired," Tillerson said.

"So are you saying they lied about it?" the interviewer asked.

"No, it was just their explanation," Tillerson replied. He continued, "The host country decides whether we are going to do things or not. We didn't decide that."

Regarding foreign policy, Tillerson stressed that the US' main objective is a denuclearized Korean peninsula, but that "circumstances [regarding North Korea] could evolve" to a point where the US may have to consider allowing South Korea and Japan to develop nuclear weapons.

For the moment, Tillerson said he hopes to de-escalate the conflict with North Korea by imposing strict sanctions on the rogue nation. In addition to imposing sanctions, he voiced the need for stronger cooperation between the US and China to deter North Korea from nuclearization.

"That has been China's stated policy for more than two decades — is a denuclearized Korean peninsula. They need to help solve this," Tillerson said.

While acknowledging that there are a broad range of issues that define the US-China relationship, Tillerson zeroed in on North Korea because "the threat of North Korea is imminent. And it has reached a level that we are very concerned about the consequences of North Korea being allowed to continue on this progress it's been making on the development of both weapons and delivery systems." Tillerson said he believes the two powers are at a "historic moment, when pressed about how he would define the US' relationship with China,

"I do think because of what is happening globally with people in the world over — globalization itself — that we're at perhaps at an inflection point in the relationship of global powers in general," he said. He touched on the fact that there are "issues arising that have gone unresolved," perhaps in reference to Trump's claims about China engaging in currency manipulation and unfair trade practices with the US.

Tillerson also responded to the recent firestorm around his refusal to take a traveling press pool with him on a trip to China. He said the primary reason he did not take a press pool with him was to "save money." He also said that while he was aware of a tradition in which the Secretary of State spends time talking to the press pool aboard flights, "that's not the way I tend to spend my time. I spend my time working on this airplane. The entire time we're in the air, I'm working. Because there is a lot of work to do in the early stages."

He added: "I'm not a big media press access person ... I understand it's important to get the message of what we're doing out, but I also think there's only a purpose in getting the message out when there's something to be done. And so we have a lot of work to do, and when we're ready to talk about what we're trying to do, I will be available to talk to people."

But "there is another element to press access, which is accountability of U.S. government officials," the interviewer said, before asking Tillerson about recent reports that he had allegedly used a secret email address when communicating internally with Exxon officials about the risks of climate change.

Saying that the press needed to ask Exxon about the issue directly, Tillerson responded, "And it is a very simple explanation but I don't work, I mean, but it came up in the course of some litigation or potential litigation, I can't comment on it and I can't speak for Exxon Mobil either, so if you directed all questions about it back to Exxon Mobil."

The interviewer then asked him to confirm that he would not be using a private server or an email alias during his time as secretary of state, given the issue surrounding that which plagued Hillary Clinton's presidential campaign.

NOW WATCH: This is how impeachment works — and what a president would have to do to be impeached

SEE ALSO: Rex Tillerson may have used an email alias to communicate with Exxon officials about the risks of climate change